Everyone is in danger from the highly contagious variant XBB.1.5, even if they have already contracted the illness. Even those who have managed to evade the most recent COVID-19 form are already infected. About 80% of Americans who have already acquired it will likely do so again.

The XBB.1.5 variant used to cause less than 10% of COVID-19 cases in the United States, but now that number has surged to 40%. According to Paula Cannon, a virologist at the University of Southern California, everyone in the nation is vulnerable. Even people who exercise extreme caution, are currently on their vaccinations, or have already contracted it are not immune from contracting the infection. Instead, he described the most recent version as “crazy infectious.”

Despite the high rate of infections, Cannon claimed that the number of severe infections and fatalities has remained relatively low, with immunizations likely contributing to this as well as likely-previous infections. However, because masking is not ubiquitous, even those who do wear masks, like she does, are exposed. Her first COVID-19 infection, which she contracted while on vacation in her native Britain during the holidays, is now under control, a source posted. 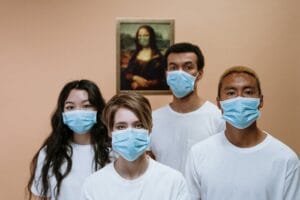 Because it possesses the most significant number of changes to circumvent the immunity of any variant, the XBB family of variants recently arose and attracted the attention of virologists. The XBB.1.5 variant features a mutation that virologists think makes the virus more capable of attaching to cells and spreading through them.

The number of COVID cases in the US caused by the XBB.1.5 virus has rapidly increased. This most recent variant should serve as a reminder that we have the means to combat COVID infection and lessen severe disease, that vaccines continue to offer protection against severe illness, and that antivirals continue to be effective in treating XBB.1.5 infection.

Like other omicron variations that have been circulating over the past year, XBB.1.5’s phase of infectiousness is short-lived.