Transcripts of Cassidy Hutchinson’s House Jan. 6 committee depositions, recently made available, show that during the closing weeks of the administration, the White House chief of staff, Mark Meadows, committed to burning documents in his fireplace about a dozen times.

On May 17, Hutchinson, a prominent witness during the panel’s open hearings, testified before the committee that she witnessed Meadows burn documents when they lit the fireplace in his office in December 2020. She acknowledged that the Presidential Records Act only required her to retain a document’s original copy.

She stated that it was entirely feasible that he had placed items in his fireplace once or twice a week. He may also have placed items into a burn bag that held electronic or duplicate copies from December to the middle of January; this action occurred at least a dozen times, a source posted.

At least two of the occurrences, according to Hutchinson, happened following Meadows’ meeting with Rep. Scott Perry to discuss electoral matters. According to the House committee, Perry was “directly involved” in efforts to nominate Jeffrey Clark as attorney general to align the Justice Department with the baseless charges of widespread electoral fraud made by the previous president Trump. 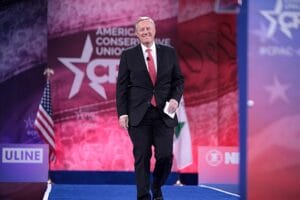 A federal judge voiced annoyance with House leaders earlier this year for pressuring him to decide on an unprecedented issue of executive privilege in connection with the investigation of the Capitol attack on Jan. 6.

At a hearing for a lawsuit that former White House Chief of Staff Mark Meadows filed to stop a subpoena from the House Select Committee on Jan. 6, U.S. Judge Carl Nichols of the District Court was upset about it, according to a politico.com report.

Meadows filed a lawsuit against the committee last year to prevent them from making him testify about his firsthand knowledge of Trump’s attempts to rig the 2020 election and his intentions on January 6, 2021, when he pressured allies.