Millions of Americans today aim to accumulate $1 million for retirement, which was once a sign of lavish wealth. Although $1 million is a reasonable goal for most people who are approaching retirement, many don’t have it. It raises doubts about whether those who are trying will succeed.

Four retirees with nest eggs around that size revealed how they spend their time and money, what brings them joy or anxiety, and how their expectations of life in retirement have compared to reality to provide some insight into what retiring on $1 million today looks like. 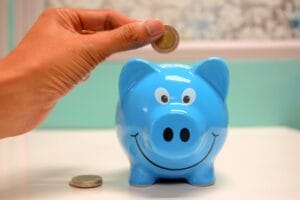 Willian Mckinney, 71, has $1 million in assets and investments and spends between $84,000 and $100,000 annually. William McKinney claims that trading ZIP Codes rather than stocks or bonds was the best financial decision he ever made after retiring. He and his wife went to a vacation home they bought in 2004 close to Newport, sold their West Nyack home in 2015 for $460,000, and made a move together, claiming that New Port has cheaper living expenses than New York.

Irma Clement spends $50,000 yearly out of her $1.6 in savings and investments. When she stopped working at age 46, she had around $1.1 million in savings. She currently owns roughly $1.6 million, most of which is put into a diversified brokerage account. She routinely redeems hotel and credit card points for airfare, choosing instead to stay in vacation rentals and nearby hotels.

Jeff Goodman spends $62,000 annually and has $1.6 million in total savings and investments. Jeff and Deborah Goldman discovered that, when it comes to retirement planning, health is just as crucial as riches. Most days, Mr. Goldman walks and runs errands. Ms. Goldman spends much of her time at home due to the adverse effects of her medications, a source posted.

Connie Gores has $1.1 million in savings and investments and spends between $50,000 and $60,000 annually. Connie Gores had a wake-up call from a financial advisor while she was in her mid-fifties. At that time, Ms. Gores had around $250,000 in savings. She was advised that if she didn’t start saving more, she would probably have to rely only on Social Security when she retired.