A Brooklyn man pleads guilty and gets 20 years for having bludgeoned to death an Asian grandmother, 62. “He hit her in the head last year,” the District Attorney explained.

The deadly attack happened on November 26 at 38th Ave. near 97th St.; the victim was identified as Guiying Ma, who was sweeping the sidewalk close to her home in Jackson Heights, according to the NY Daily News.

At this time, her attacker is said to have ambushed and assaulted her without provocation, according to the complaint filed against Elisaul Perez, 33.

The accused, who is supposed to use a large rock to hit her on the left side of the head, knocked her out. Perez was not satisfied and murderously threw another rock while bleeding, as noted by Yahoo Sports.

Ma’s brutal assaulter had caused her to fall into a medically induced coma, but she was able to wake up from it briefly two months later.

The trauma, however, was too much for the senior, who died on February 22, 2022, at the Elmhurst Hospital Center. 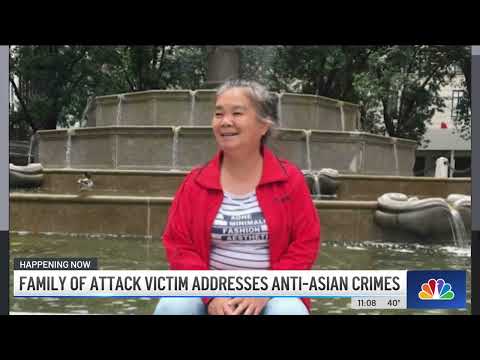 Not charged with hate crime

Despite what can be called a hate crime, the suspect was not accused of it. A number of race-centered assaults against Asians are spreading.

According to a page, the victim was buried in Liaoning, China, where her family lives.

More details reveal that Supreme Court Justice Michael Yavinsky says the sentencing of Ma’s assailant, Perez, on January 10 will be 20 years in jail for the deadly attack. An addition would be the Queens DA’s remarking on five-year supervision after release.

According to District Attorney Melinda Katz, the defendant, a Brooklyn man, will be held for the unprovoked and brutal assault and bludgeoning to the death of an Asian grandmother, which took her away. The sentence is more than justified.