The Texas Attorney, Ken Paxton, has been given four days to comply with the DA’s request. If he fails to do so, he faces a lawsuit. This move has come to the fore because Paxton has violated the state’s open record law. The Dallas morning news reports that the DA could call for a suit file on him by not turning over the records from last January. Paxton happened to attend a pro-Trump rally before the attack on the Capitol.

Why Paxton Is Called Out?

The Austin American Statesman reports that the probe was issued when several editors of the largest newspapers in the state deemed that Paxton was charged with supporting a vicious attack on the Capitol. The district attorney’s head for Public Integrity said that Paxton had violated the law by withholding or even failing to release the communication to the public. The decision was made as per the investigation conducted and the Paxton had clearly gone against the law. 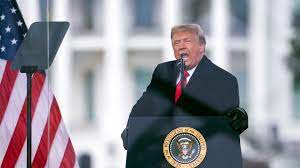 Based on the complaints, a thorough review showed that Paxton had violated the Texas Government Code of chapter 552, according to the open records statute. The decision was communicated by Jackie Wood, who is the Director of the District attorney’s public integrity and complex crimes unit.

The Daily Beast reports that if Paxton fails to comply, the district attorney’s office has the right to take Paxton and his agency to court within the stipulated time frame.