With streaming platforms becoming the obvious choice of viewers, US citizens have gotten hooked to every kind of new stuff that is being churned out from across the globe. Deasilex reports that the recent collection of web series that viewers will get to see in the new year will be a treat to watch with new genres and an engaging cast.

Let’s check out the new series: 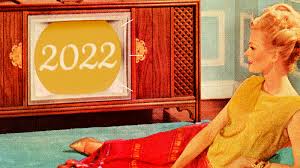 ‘House of the Dragons’

The die-hard GOT are going elated with the news and find it hard for the series to get launched on screen. Viewers who love the fantasy genre are in for some great visuals. Especially those who have already seen and loved Game of Thrones will get to view the prequel to it this year.

The present series is based on the Novel Fire and Blood written by George RR Martin. The story happens to revolve around the House of Targaryen and its mystery. Americbuzz reports that several known names in showbiz have been cast for this spectacular onscreen extravaganza.

Ardent followers of Law and Order are awaiting the new season with rapt attention. This police procedural drama has been on for several years now. It has continued to wow its fans with relevant content of action and drama. With season 21 hitting the screens soon this year you will see Dick Wolf back to his antics.

Initially, when the series ended with 20 seasons, the fans were devasted though several spin-offs and movies tried to walk into that space fans couldn’t fathom the emptiness the series had created. With the new season coming in, fans will get their favorite series back.

Currently, there is so much more to check out on the screen. The shows have become improved with budgets and production scales that weren’t possible before. The Hollywood Reporter reports that GenZ has inspired creators. It is giving rise to new age stories which have a lot of depth, experimentation, and introduction of technology, bringing fresh faces who become overnight stars due to the reach of this medium.