Houston’s illegal game room was the target of a search warrant that was carried out by investigators from Harris County Constable Mark Herman’s Office on Thursday.  Along with multiple illegal gaming gadgets, more than $11,000 in illegal gambling winnings, and evidence that illegal gambling was taking place within the facility, all were seized by authorities.

The 16700 block of Hollister Street had been the subject of complaints about illegal gaming. Investigators went undercover after getting the tips and verified the accuracy of the information to confirm the illicit activities occurring in the area. A search warrant was carried out by Constable Mark Herman’s office in an unauthorized gaming establishment, a source posted.

In northwest Houston, investigators closed down a rogue gaming establishment and seized equipment and revenues worth more than $11,000.

Texas has some of the nation’s strictest and most ambiguous gaming rules. Operating gaming rooms with eight-lines or video slots that pay out cash prizes is considered illegal gambling, and maintaining a gambling establishment is a crime. This law was made to aid in limiting the growth of illicit gaming businesses in the state. 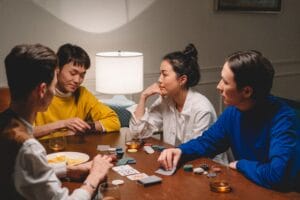 Although sports betting and trying your luck in a casino are forbidden in Texas, you can play the lottery and win at bingo, and the state has been strict about gambling for decades. By permitting a public vote on increasing gambling in Texas, Sen. Carol Alvarado’s SJR17 might change that.

The plan calls for establishing a gambling commission. Because the state depends mainly on oil and gas, Alvarado wants to diversify the economy, generate jobs, and boost it. He claimed that because the operations were sanctioned, regulated, and lawful, many of these criminal enterprises would be forced out of business.

Following filing a House counterpart bill later this month, the lobbying push on Alvarado’s resolution is anticipated to pick up. There will be two occasions for state legislators to discuss gambling. Another group is promoting online betting.