Gov. Greg Abbott announced this week that he would sign a law prohibiting residents and foreign organizations from China, Iran, North Korea, and Russia from purchasing land in Texas. A law that has been proposed in the Texas Legislature would prohibit people with ties to specific nations from buying land, potentially impeding transactions in one of the states that attract the most foreign investment in commercial real estate.

Texas Senate Bill 147 would outlaw land purchase in the state of Texas by individuals, organizations, and governments from the listed nations. According to a statement from Texas Republican Sen. Lois W. Kolkhorst, she introduced the bill to address growing concerns about safeguarding Texas land from foreign government ownership.

SB 147 is still in its early stages, but Texas Governor Greg Abbott tweeted over the weekend that he supports the legislation and would sign it into law if it reached his desk. If approved, the prohibition would start on Sept. 1. Florida is considering a similar plan that would prohibit Chinese-affiliated entities from buying land, a source posted.

SB 147 would not prohibit citizens, entities, or government agencies from leasing property in Texas; instead, it would only apply to future purchases made in Texas. 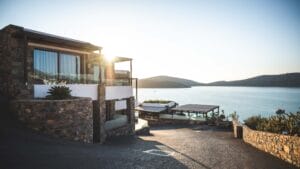 An Act of Racism and Discrimination

The bill’s detractors claim that it will do little to solve national security problems while stoking the anti-Asian prejudice that has risen sharply in recent years. They also claim it will disenfranchise immigrants, business owners, and green card holders. This week, others expressed similar worries.

Rep. Gene Wu claimed that the law targets people arbitrarily and makes no distinction between the type of land being purchased and the person making the transaction. Wu was also concerned that the prohibition might provoke retaliation from the Chinese government, making it more difficult for American companies of all kinds to collaborate with their Chinese counterparts or participate in the growing globalized market, according to the ksat.com report.