Scientists have discovered a novel CRISPR system that eliminates contaminated cells, which could revolutionize how we employ the potent gene editing tool. It might result in improved diagnostic procedures, novel cancer therapies, etc.

A series of scientific techniques known as genome editing, sometimes gene editing, allow researchers to alter the DNA of living things. A naturally existing genome editing system used by bacteria as an immunological defense, CRISPR-Cas9 was modified from it.

Bacteria also infect other things aside from humans. For example, a virus can inject its DNA into a bacterial cell and utilize it as a viral factory, multiplying until it explodes. Similar to how our immune systems shield us from diseases, some bacteria have a CRISPR defense mechanism.

Bacteria can obtain brief DNA sequences from viruses they have already encountered thanks to CRISPR. The CRISPR system produces CRISPR-associated (Cas) proteins, including copies of the RNA encoded once it obtains a new DNA sequence. Once produced, it will float around a cell and wait for its intended victim to try to re-infect the bacteria, a source posted.

The Cas9 protein’s RNA sequence will connect to the identical sequence in the viral DNA and cleave through both of its double helixes. The infection can then be stopped by other proteins in the bacteria destroying the viral DNA that has been cut up. 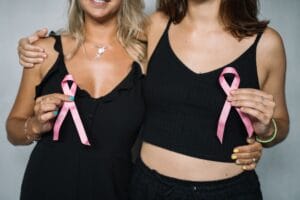 The prevention and treatment of human diseases is a major area of focus for genome editing. Currently, genome editing is used in research labs to explore diseases in cells and using animal models. Currently, scientists are determining whether using this technology on individuals is safe and effective.It is being investigated in clinical trials and research for a wide range of illnesses, including single-gene abnormalities, and it shows promise for the treatment and averting more complex illnesses.

When human genomes are edited using tools like CRISPR-Cas9, there are ethical questions that are raised. Most changes brought about by genome editing only affect somatic cells, which are cells apart from egg and sperm cells.