Aaron Dean, a former Texas police officer, was found guilty of manslaughter after a jury deliberated for 13 hours. He now faces up to 20 years in prison and a $10,000 fine. Just a day after being found guilty in Atatiana Jefferson’s death, the trial’s sentencing phase started on Friday.

Frustrated with the Jury’s Decision

Following the shooting death of Atatiana Jefferson in her own home, Dean was charged with murder. The jury had the choice of finding Dean guilty of murder or manslaughter or acquitting him entirely, according to Judge George Gallagher. Over two days, the jury deliberated for about 13 hours before making the final judgment for Dean.

The public prayed for justice and chanted “Black women matter.” outside the 396th District courtroom as they awaited the decision. Dean is white, and Jefferson is Black. Her name is frequently mentioned alongside other Black Americans killed by police, including George Floyd, Breonna Taylor, Botham Jean, and others, according to a source.

Dean did not respond as Judge George Gallagher read the jury’s verdict. One of Jefferson Carr’s sisters, Ashley Carr, quickly left the courtroom. Many people who attended to witness the judgment denounced the jury’s choice. 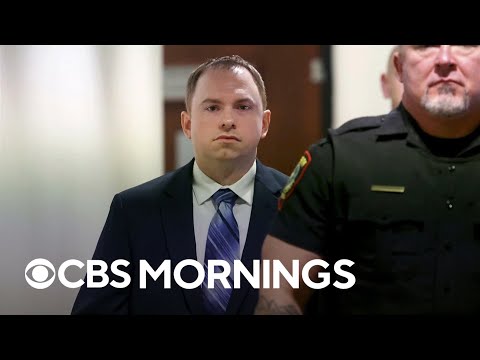 According to Judge George Gallagher, the jury deliberated on both a murder charge and the lesser charge of manslaughter. In Texas, manslaughter is classified as a second-degree felony. The possible penalties are a $10,000 fine and two to 20 years in prison.

Around 2:30 a.m. on October 12, 2019, Dean and another officer responded to a non-emergency call to check on Jefferson’s house. Zion testified that his aunt had left the door open because they had burned hamburgers earlier in the evening.

Dean did not park close to the home, knock on the door, or otherwise make the police presence known while on the scene. Instead, Dean testified that when he looked inside the house through an open door, he thought there might be a burglary going on, abcnews.go.com posted.

Zion testified that before approaching the window, Jefferson pulled her gun out of her purse. According to police officials, Jefferson had every right to defend herself. Dean can be heard yelling, “Put your hands up, show me your hands,” in body camera footage before shooting Jefferson with one shot through the window.