US Airstrike Killed Innocent Man Who Worked For American Aid Group, And His 7 Children
Advertisement 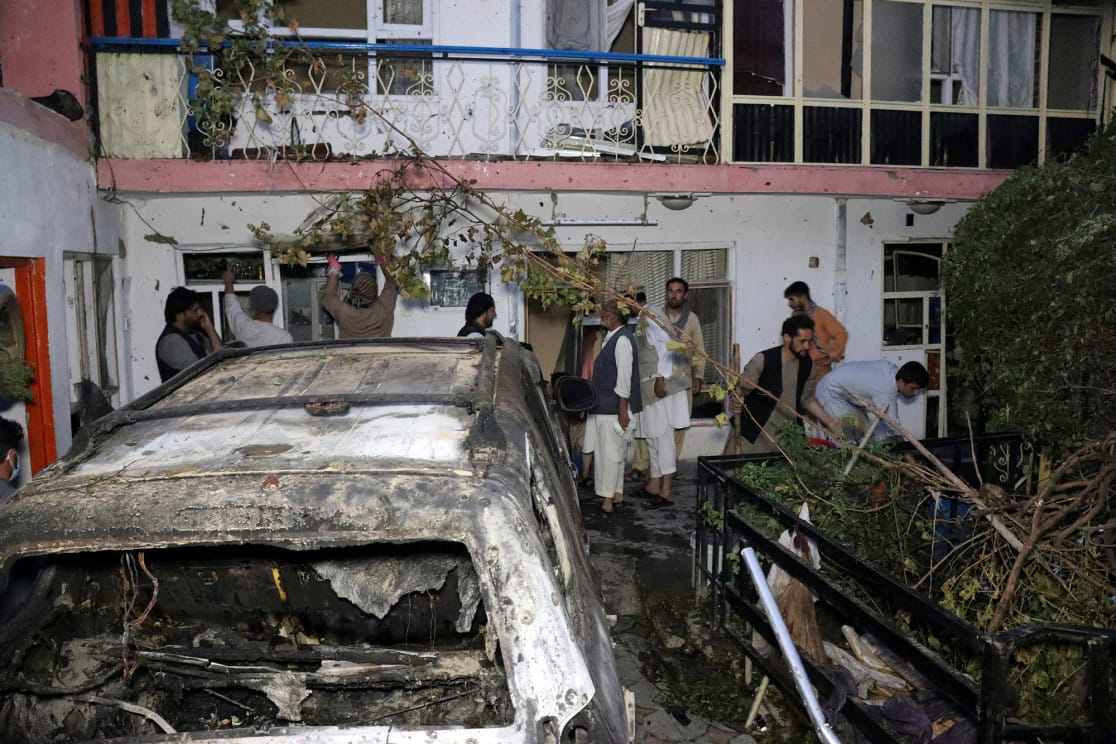 A U.S. airstrike in Kabul against a supposed Islamic State bomber killed a man who worked for an American aid group along with 9 members of his family, including 7 children, according to newly published testimony and footage.

Zemari Ahmadi and his family were killed in the airstrike on Aug. 29, one day before the final U.S. evacuation flights from Kabul, his brother Romal Ahmadi was cited as saying by the New York Times.

Zemari, who is said to be the target of the strike, worked for 14 years as a technical engineer in Afghanistan for the Pasadena, California-based charity group Nutrition and Education International, which feeds hungry Afghans. The aid group had applied for him to move to the U.S. as a refugee.

U.S. officials released a statement saying that a Reaper drone followed the car driven by Zemari for hours. They called it a “righteous strike” and noted that they thought the vehicle contained an ISIS bomb and posed an imminent threat to the American troops at the Kabul airport. The U.S. officials also said that the strike might have killed three civilians, but the proof and reports say otherwise.

The New York Times interviewed the co-workers and family of Zemari, and it raises doubts about the version of events of the U.S. officials. Accordingly, 43-year-old Zemari ran business-related errands on the day he was killed. At around 8:45 A.M., his boss called and asked him to pick up his laptop. His boss, who wanted to remain anonymous, told The New York Times, “We have nothing to do with terrorism or ISIS. We love America. We want to go there.” 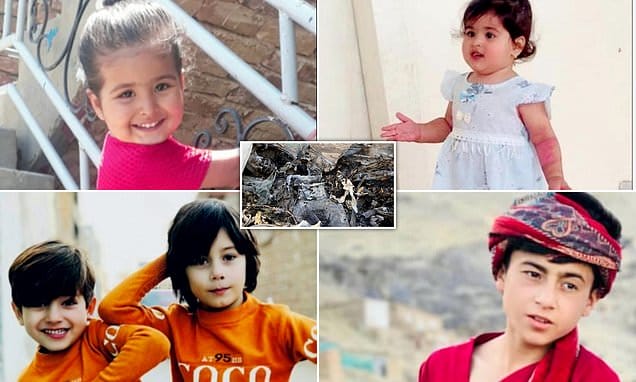 Soon, Zemari left at 9 a.m. from his home, which was a few kilometers west of the Kabul airport. The vehicle that he was driving was a 1996 Corolla that belonged to Nutrition and Education International. Around the time he left his house, he came under surveillance because the vehicle was spotted leaving a compound identified as an alleged ISIS safe house. The vehicle made several stops, and U.S. officials claimed they interpreted it as someone from the ISIS safe house instructing him to make the stops. He also picked up people.

However, per the investigation and interview by The New York Times, it was found that his first stop was to grab some breakfast, and the passengers were his co-workers. Later that morning, Zemari drove his co-workers to a Taliban-occupied police station to request permission to distribute food to refugees in a nearby park.

Zemari and his co-workers returned to the office at around 2 p.m. Later that day, he came out with a hose that had water coming out of it. A guard helped him fill the empty plastic containers so he can bring the water from the office to their home.

Zemari then left the office together with three people. They were tracked by the drone eight to 12 kilometers southwest of the airport. While there, Zemari and the three people loaded heavy packages into the car. These were believed to be explosives. However, the passengers claimed that they only had two laptops with them, and the cargo had nothing but the plastic containers filled with water from the office.

When Zemari pulled into the courtyard of his home, the tactical commander of the U.S. officials decided to strike the vehicle. A Hellfire missile was launched at around 4:50 p.m. The drone operator claimed that a quick scan showed a single adult male greeting Zemar near the vehicle and assessed that there were no women or children who would be killed in the strike. His family, however, claimed that several of Zemar’s children and his brothers’ children went out when he parked his car as they were excited to see him. The children even sat in the car as he backed it inside.

Zemar’s brother Romal said that when he ran to the courtyard, he saw one of his nephews, who died in the strike, had his torso and head wounded by shrapnel, and was no longer breathing. Another brother of Zemar, Emal, said, “All of them were innocent. You say he was ISIS, but he worked for the Americans.”

Chairman of the Joint Chiefs of Staff, Gen. Mark A. Milley, claimed there was a second explosion therefore, “there is a reasonable conclusion to be made that there were explosives in that vehicle.” An examination of the strike scene conducted by The New York Times’ visual investigations team claimed that they found no evidence of a second, more powerful explosion after they visited the area four days later.

Despite the claims of Zemari’s relatives and neighbors, and the investigation of the New York Times, Milley said, “The strike was based on good intelligence, and we still believe that it prevented an imminent threat to the airport and to our men and women that were still serving at the airport.”