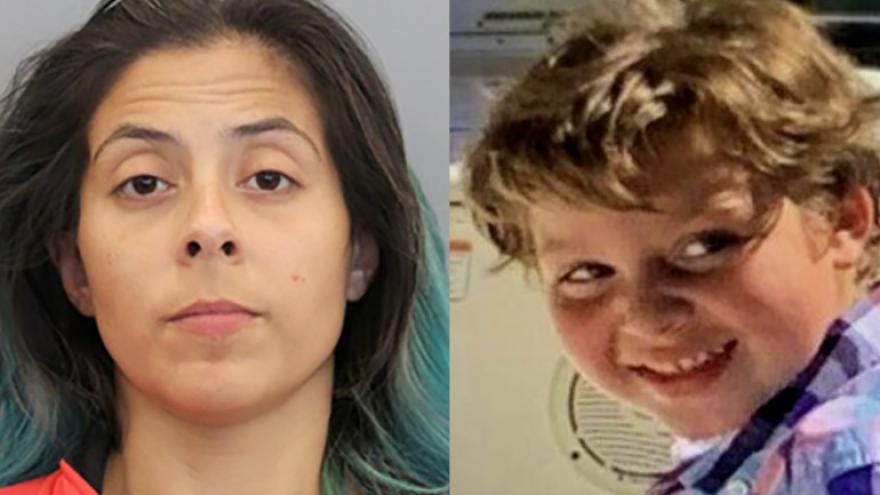 A woman’s roommate has been charged in the high-profile case of deliberately hiding the dead body of her boyfriend’s 5-year-old son.

Ben Rivera, 27, has been accused of tampering/fabricating evidence in the death of 5-year-old Samuel Olson, according to Eyewitness News.

On June 1, the kid was discovered dead in a plastic container draped in a tarp and duct tape inside a Jasper motel room. His father’s girlfriend, Theresa Balboa, was also present there.

Balboa is currently being jailed on a $600,000 bond after being accused of messing with evidence in the case.

Rivera informed the police investigators that he got a call from Balboa on May 10 claiming Samuel was not breathing and urging him to come back home.

Investigators claim the 27-year-old said then he rushed to their Webster apartment in the 15600 blocks of the Gulf Freeway that day. He found the little boy’s lifeless body with bruises all over. Samuel’s body was placed in the bathtub, where he remained for two days, according to him.

Rivera told the investigators that on May 13, he drove to Walmart and purchased duct tape and a plastic tote bin, which they used to place the boy in before transporting him to a storage container, where he remained until May 31. According to court documents, police discovered the Walmart receipt during a warrant to search.

According to court filings, investigators discovered evidence that contradicted the timeline Rivera provided.

Investigators discovered a text from Balboa to Rivera on May 5 indicating she wanted to talk to him before he arrived inside the house.

Balboa texted Rivera on May 12 to indicate she was planning to move Samuel’s corpse to the bed upon discovering from Rivera that the apartment’s maintenance would be visiting their room that day, according to court filings.

Surveillance footage from a Webster storage system shows Rivera’s vehicle arriving on May 22 with the container. Samuel’s body was later discovered in the back.

The evidence collected by authorities in the weeks that followed the 5-year- olds disappearance refutes the original report of what happened to him.

Balboa alleged that on May 27, at 7.30 a.m., Samuel’s mother, Sarah Olson, arrived at Balboa’s house with another guy and kidnapped the little kid without consent, according to court documents published earlier this month.

Sarah, on the other hand, gave investigators with video footage from her home, proving that she was not the one who kidnapped the child. While investigators and civilians with Texas EquuSearch searched a field the next Monday for evidence of Samuel, investigators now fear he had been dead for a long time.

When Eyewitness News contacted Rivera’s attorney, he stated that the case would not be discussed with anyone. Rivera’s counsel also declined to say whether he will surrender.

Olson died of severe brain injuries, according to the medical examiner.