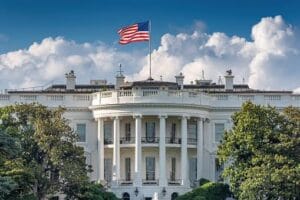 Carter said in his press release, copying a well-worn Republican untruth, that the bill will eliminate the need for the department by simplifying the tax code with conditions that work for the American people and enable development and innovation.

The “fair tax” is a thorough makeover of the federal tax system. It repeals payroll taxes, gifts and estate taxes, capital gains taxes, and personal and corporate income taxes. In their place, it initiates a 30 percent levy on all new, completed goods and services.

Read Also: $200 and $500 Worth of Monthly Payments for Three Months Will Be Rolled Out – See Who Are Eligible For The Assistance

In any case, the first thing to understand about this bill is that it doesn’t stand a chance. It is controversial even among conservatives. But the House will reportedly vote on it anyway because a floor vote was one of the settlements Rep. Kevin McCarthy made to convince constituents in his bid to be the House speaker.

This all might sound too good to be true, but no federal returns, no keeping receipts, no sweating over acceptable deductions and credits, no audits, and no IRS. But it’s pretty tough than it seems, and results may vary.

Sales taxes are tough and harder on the poor than the rich. To compensate for that, the proposal calls for monthly government “rebate” checks for all US citizens, payments that would be more meaningful to lower-income families.

Read Also: Tax Season – Is Your Refund To Be Cut Or Boost This Year?