Takeoff was an eminent American rapper,  musician, and member of the hip-hop group Migos. On November 1st, the rapper was shot dead in Houston, Texas. The incident shattered his fans along with his family members. The musician’s brother, YRN Lingo, has finally reacted to his demise.

What did Takeoff’s brother say about his unexpected death?

YRN Lingo shared his last words toward his brother on 29th November on Instagram. The post is full of emotions and has been liked by a huge audience. Lingo writes that he is saddened by the fact that his brother is no more. He calls Takeoff his big brother, his right hand, his other half, a person he could rely on and a member who always cared for his family. 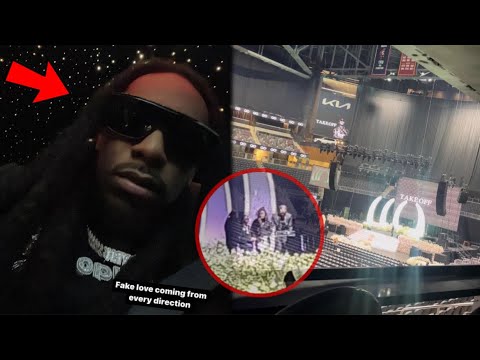 Lingo says the feeling of moving on in life kills him, as waiting cannot bring his brother back. There are several things that would remind him of the rapper, as he has always looked up to him while making any easy or hard decision. Takeoff has fulfilled his motive of living, and his brother will always carry his legacy, Lingo added. The mourning brother finally states that he has immense love for the rapper and will never stop loving him. Lingo asks God to unite him with his brother if possible.

Lingo uses words such as shattered, super hard, and unbearable, which shows his sadness for Takeoff, his departed brother. His reaction came out after almost a month after his brother’s death.

Read also- Tyler Griffin: What Transpired to the Missing Your Actor?

On November 1st, rapper Takeoff attended a birthday party at the bowling alley 810 Billiards & Bowling, downtown Houston. He was with his uncle Quavo. An argument occurred between Quavo and another group outside the bowling alley. The musician was shot there and was declared dead on the spot.