Many media outlets have described DeSantis as a substantive and potentially preferable alternative to Trump, and he has been dubbed the Republican Party’s hottest charm. A presidential run by DeSantis appears to be a foregone conclusion.

Conservatives are increasingly questioning former President Donald Trump’s influence over the party and beginning to wonder if Gov. Ron DeSantis has a more effective playbook. DeSantis’ resounding victory in Florida provides him with a national platform as a prospective party leader.

As a result of the election, conservative media outlets labeled Trump the party’s “biggest loser” on Election Night, referring to DeSantis as “DeFUTURE.” Trump was annoyed by this labeling, according to a source. 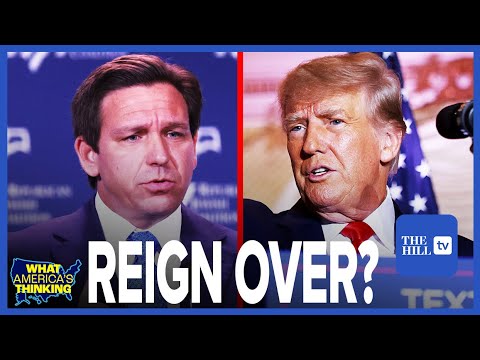 Trump described DeSantis as a typical Republican governor with good public relations and got media outlets’ favor. He chastised DeSantis for not ruling out running for president against him in 2024.

Floridians are less conservative culturally than their leaders. They have overwhelmingly supported the legalization of medical marijuana, the prohibition of gerrymandering, and the restoration of voting rights to felons.

DeSantis has kept Florida in the national spotlight, and over the last two years, he has increased and flexed his power to remarkable effect, embracing policies that were once unthinkable. As a result, the Republican governor has become a favorite of the party’s Fox News audience and a possible presidential candidate, a source posted.

DeSantis has declined to say whether he will run for President in 2024 if former President Donald J. Trump runs again.

Not long ago, such a shift would have seemed unthinkable in a state known for razor-thin election margins and nail-biting recounts. Instead, DeSantis capitalized on voter dissatisfaction with coronavirus pandemic policies, wagering that economic success and personal liberty would matter more to voters in the long run than public health protection.