Another day, another TikTok viral fad. This time, we’re discussing the Beer Poster TikTok Trend. Your stream may suddenly be flooded with videos relating to the Beer Poster TikTok Trend. It’s understandable if you’re unfamiliar with this trend. Not only will we inform you about this trend, but we will also assist you in creating your Beer Poster on TikTok. Who doesn’t want to become viral by combining their summer photos into a beer marketing poster? It won’t take long to create your Beer Poster on TikTok. Let us get started right now.

Beer Poster Trend: What is it? In the beer poster trend, you will use your photo to create an advertisement for a drink. Because this trend appears calm, it has readily captured everyone’s attention. After topping the Beer Poster TikTok trend, they give it to their significant other. At the same time, many people are unsure whether they can try this trend since they don’t know how it is simple and everyone can do it. At the same time, many people have followed the trend precisely as it was introduced. Some added their spin to it, which was also a big hit. This includes Tiktokers creating the Beer poster with their significant other’s favorite car and singles who put their spin on the trend.

Who Does the Beer Poster Challenge on TikTok? Who is following this TikTok trend? Girls from the Western Hemisphere who wish to show off their bodies on scorching summer days. The identical girls who participated in the album cover challenge, vogue challenge, and, most recently, Adult Swim challenge. All of which use the similar production method that we discussed earlier. If you want our advice, don’t delete “Pics Art,” as it is used by all of these trends. Its aesthetics rely on following the trend and posting everywhere for clout.

Beer Companies Have Been Relatively Quiet About This Trend: 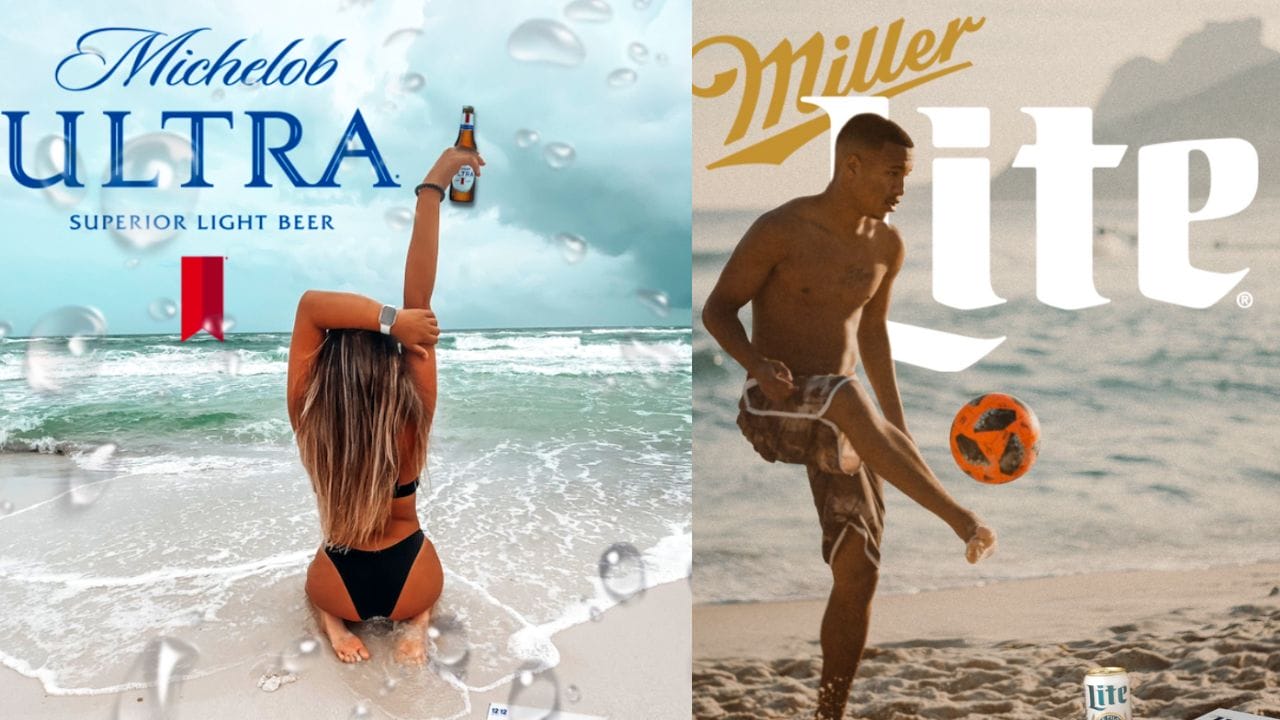 With so many beer companies having a solid presence on TikTok, it’s surprising that they haven’t hopped on the #beerposter bandwagon, as it provides a free opportunity to promote content production and innovative ideas. And that’s exactly what Ocean Spray did last year with Nathan Apodcaca, who uploaded a video of himself drinking cranberry juice while drifting on his skateboard to Fleetwood Mac’s “Dreams,” catapulting the song into the Spotify rankings and sparking a major craze. In one section, beer companies are always mindful of the type of material they wish to market.

Beer Poster Trend: How To Do It? 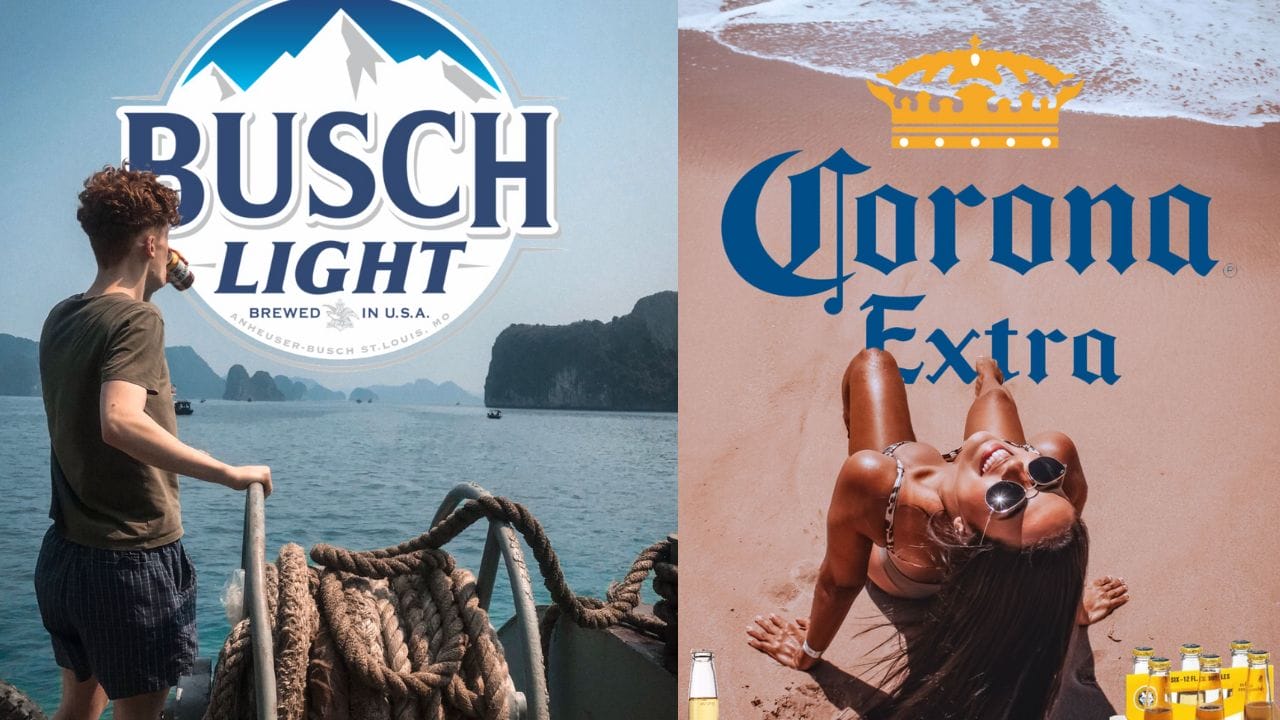 You must arrange yourself in a frame with a beer brand poster in the Beer Poster TikTok Trend. That’s all. This beer poster trend has already had approximately sixty million views worldwide. And with our lesson on how to do this trend, you’ll be well on your way to viral-hood, featured in the For You section, or receive a sarcastic duet. Perhaps all of the above! To perform this trend without a computer, you’ll need to download an app, which we’ll review in more detail later. So come learn how to tackle the Beer Poster Challenge with us. As with everything TikTok, there’s a cringe factor. But once you’re on TikTok, there’s no turning back. 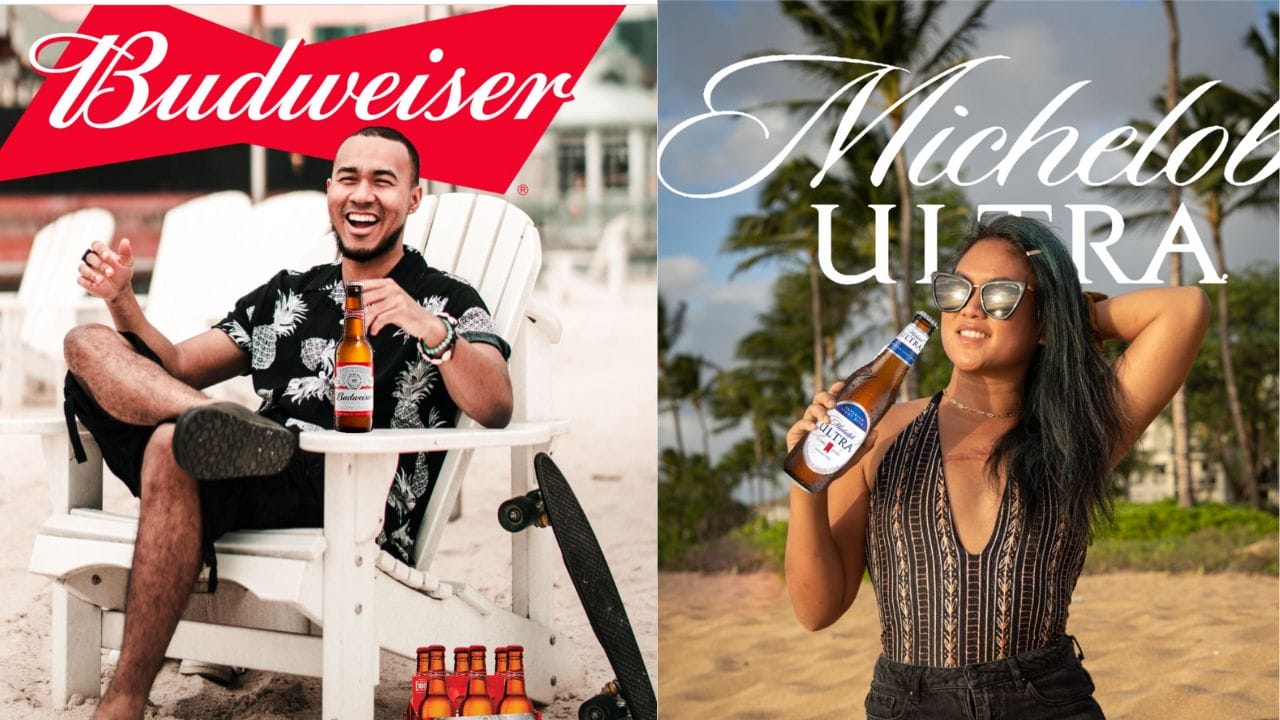 Expect to see some skin for this style, so bring your beach suit, and don’t be afraid of tan lines. And, as with the Vogue challenge and Madonna’s song, “strike a pose.” First, select a baddie image from your gallery. Second, open the App Store and search for “Pics Art.” Third, upload a photo of yourself into the app. Within the app, you may select the beer logo with which you wish to be featured by utilizing the “Add Photo Tool” or the sticker option where you must write “beer.” Furthermore, the Pics Art software allows you to add finishing touches while playing with it, so don’t be bashful!

Why wouldn’t a brewery take advantage of all this free advertising? For one thing, beer firms are always mindful of the type of material they want to promote. They cannot confirm that the creator shares the same values as the brand, which is a crucial marketing principle. Furthermore, they cannot be sure that the user who posted the video is of legal drinking age: image the public relations disaster if a beer business presents an exquisite and carefully crafted TikTok video featuring a scantily clothed underage female. The term “lawsuit” is written all over that.