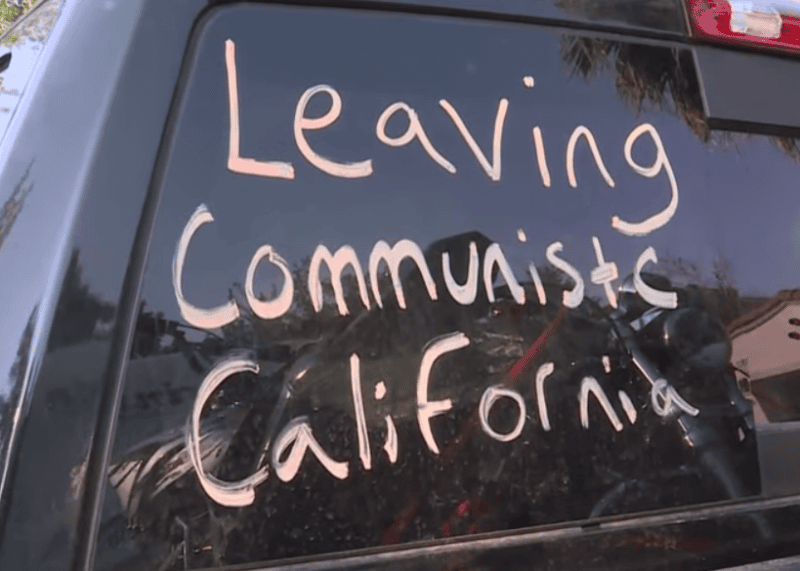 A couple from California decided to leave the state and transfer to Texas. The couple refers to California as a communist state, and they said they are fed up with it in more ways than one.

The couple is Trever Huft and his girlfriend, who has not been identified. Huft told CBS that they get taxed just for breathing air in California, and this is an exaggeration as Huft noted the cost of living in California is too much for them. Huft added that their life in California is not “life” because they just work and try to figure out where their next meal is.

When asked by a CBS reporter what was the deciding factor for them, Huft was quoted by CBS saying, “The deciding factor for me is when they required my girlfriend to get a vaccination just to apply for a job.” He added that on top of the COVID-19 policies, they also could not take the politics in the state. Also, they have a baby on the way, which was another factor in their decision to move.

Huft and his girlfriend left for Texas on Tuesday, and he said his mother is also considering moving to Texas.

More People Moving Out Of California

Huft and his girlfriend aren’t the only ones moving out of California. CBS reported that a study from the University of California found 23 percent of residents are considering leaving the state.

Ryan Lundquist, a housing analyst, told CBS that in 2019, 653,000 residents left California, and only 480,000 people went to live there. Lundquist noted that the gap is normal in California. However, Lundquist further noted that what people should understand more is not the number of Californians leaving but why they are leaving.

As for the top destination Californians hope to transfer, Lundquist told CBS that Texas ranked number one. In his statement to CBS, Lindquist said that people chose Texas because of the lifestyle in the state where there are fewer regulations and fewer rules, the cost of living is affordable, and people can get a house in most portions of Texas in California.