The US Army is spending taxpayer money to modify its incredibly pricey Microsoft mixed reality headgear in response to severe concerns from grunts. According to reports, the headset caused nausea, migraines, and eye pain in the soldiers, and they failed four out of six Army assessments.

Would Have Gotten Them Killed

One of the testers claimed that using the equipment would have resulted in their death. Soldiers’ acceptance of the headsets was low, with some claiming that it did not improve their ability to execute missions.

Simply put, they want to throw up after wearing their Microsoft HoloLens mixed reality headgear. After less than three hours of use, more than 80% of the troops who reported symptoms after putting on the headsets did so, a source posted.

The headset’s glowing lights can be seen from hundreds of meters away, which is a critical defect that might reveal a soldier’s location during combat. According to testers, the device’s bulky, heavy design reduced their field of vision and hindered their ability to maneuver. 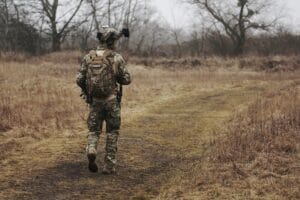 The headset was supposed to be used in the field as early as September 2021. But delivery was frequently postponed due to technical issues, particularly with the screen. Microsoft also missed a September 2022 target because the technology needed to improve.

Why the military Hololens suddenly appeared functional enough for usage is unknown. The Appropriations Defense Subcommittee decreased the 2023 IVAS budget by $350 million, from $400 million to $50 million, in the summer after stating that even the IVAS 1.1 version still faced significant development challenges.

The device’s vital weak points are its computer power and display technology compared to its size and weight. The computational unit and batteries are worn on the body, while the current IVAS unit is built into a helmet.