In a video message, Trump informed Republican lawmakers that they should increase the debt ceiling as soon as possible while negotiating the details. Republicans are preparing for talks with Senate Democrats and President Joe Biden on whether or not to prevent the country from going into default on its debts. He urged them not to include cuts to Social Security and Medicare programs.

Do Not Cut a Single Dime from Medicare and Social Security

Raising the debt ceiling allows the US to keep up with its bill payments by increasing the legal amount of money the federal government can borrow to continue funding programs already mandated by Congress.

In the video, Trump asserted that Republicans should never vote to eliminate even a single dime from Medicare or Social Security. Republicans must preserve it, he claimed, since seniors spent their entire lives working for it, a source posted.

During his administration, Trump shifted the GOP from attacking Medicare and Social Security, which Paul Ryan, a former GOP House speaker, lamented. Ryan claimed that he and Trump frequently disagreed about Medicare and entitlement reform. 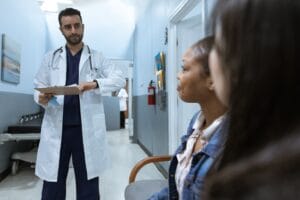 The United States reached its debt ceiling, which opened the door for a congressional standoff that would result in economic and household hardship. Janet Yellen, the secretary of the Treasury, alerted congressional leaders to the approaching debt ceiling deadline.

About $31.4 trillion is the current maximum, but since the United States has reached that limit, it needs to increase the amount of its existing debt, making it more difficult to pay its debts.

The U.S.’s financial limit is known as the debt ceiling. The Treasury is permitted to borrow money to satisfy its obligations. These responsibilities cover tax refunds, military salaries, Social Security and Medicare benefits, and national debt interest.