This year, conservative lawmakers have introduced a series of measures aimed at transgender youngsters as transgender rights emerge as a significant front in the American culture wars. The proposed anti-trans legislation impacts the mental health of young transgender people.

Florida’s so-called “Don’t Say Gay” bill, which was passed earlier this year, shows opposition to gender-affirming care and attempts by some states to prevent trans girls from participating on girls’ sports teams.

Transgender people are not an exception regarding the devastating mental health effects of a governing body targeting any minority group. However, during the midterm elections, many candidates backed anti-transgender legislation.

Transgender females are prohibited by numerous rules from participating in any female school sport, including girls’ teams in public and private schools, colleges, and universities. One instance is the Republican governor of South Dakota, Kristi Noem, who passed a law banning transgender women and girls from participating in girls’ school sports teams, a source posted.

Every citizen needs access to healthcare; however, services that provide transition-related medical treatment to minors are prohibited. For example, a bill banning doctors from performing irreversible gender reassignment surgery on minors was signed into law in Arizona by Governor Ducey. 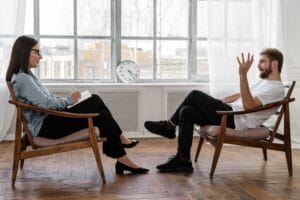 Attempts by states to restrict the rights of transgender and nonbinary people, according to more than two-thirds of LGBTQ+ youth, have a detrimental effect on their mental health. According to the Human Rights Campaign, states passed a “record-breaking” amount of anti-LGBTQ+ laws in 2021, making it the worst year in recent memory for such legislative assaults.

With more than 85% of transgender and nonbinary kids indicating their mental health has suffered, this impact has been more pronounced in this group.

Another source posted that many transgender youth experience verbal harassment and discrimination, some harm themselves, and others commit suicide due to mental health issues.