Around ten years ago, Carla Sigler and her husband, James Vernon Sigler, stole $700,000 from Neva Ogle. After a judge in Alaska found Carla guilty of defrauding an elderly Yakutat woman, she was removed as the elected county treasurer. Bosque County, Texas, officials convened a meeting over the weekend to decide who would take Carla Sigler’s place now that she would not be assuming office.

Around ten years ago, while Carla was the little Tanana City School District’s administrator, the couple stole roughly $700,000 from Neva Ogle. Shortly after the alleged fraud involving Ogle, the Siglers relocated to Texas but were never put on trial for a crime.

The Office of Public Advocacy took over the case on behalf of Ogle, the elderly victim, after a civil lawsuit was brought against the Siglers in 2017. Ogle passed away in 2020, according to a source. The Siglers are appealing the decision against them in the elder fraud case after declaring bankruptcy in 2020, and the bankruptcy case and the appeals process are both still pending.

Vern and Carla Sigler were forced to pay $1.47 million by Alaska Superior Court Judge Daniel Schally on Nov. 13, 2022, for scamming Neva Ogle, a now-deceased citizen of Yakutat. It was and still is the most significant judgment that Alaska’s Office of Elder Fraud & Assistance has ever obtained. 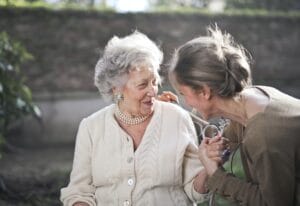 Her Position is Vacant

Before news of the Ogle case became widely known, Sigler was selected as Bosque County’s treasurer in Texas. Last Monday, Sigler informed county officials that she could not obtain a bond.

Officials from Bosque County then vacated Sigler’s position. The office of the county treasurer is currently vacant due to the treasurer-inability to secure a bond, according to Bosque County Judge Cindy Vanlandingham, who confirmed this during a board meeting on Jan. 1. According to Goldstein, this is justice for the way the Siglers defrauded Ogle of her life savings.

The judge then read Sigler’s letter to the board of directors. In it, Sigler made little attempts to acknowledge fault or responsibility for anything that contributed to the failure to secure the bond.