On Christmas Eve, Zachary Kent Mills, 21, of Spring, met a woman through the dating app Bumble. After she declined his advances for sexual favors, he kidnapped, battered, and tormented her for five days. Following the woman’s Thursday escape from his apartment, Mills was taken into custody and charged with felony aggravated kidnapping.

Authorities claim that on Dec. 24, after picking up the woman and bringing her to his apartment, Mills abducted the unnamed J.W. The woman said Mills starved her and beat her with a screwdriver for days. The woman had bite marks, wounds on her throat and nose, and extensive bruising throughout most of her body. Her eyes also have severe bruises.

After meeting on the dating app, the two started dating, and when the woman arrived at Mills’ apartment, he immediately wanted to have sex with her. Still, she rejected him, according to court documents. The woman was not allowed to leave Mills’ house, and he immediately began physically abusing her, a source posted.

When Mills went to see his father on Dec. 29, the woman was allowed to leave the flat. 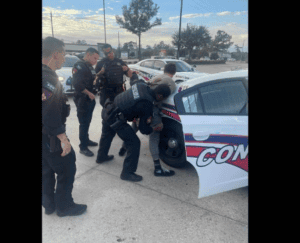 The Bond is Set

The following day, deputies with a warrant went to Mills’ apartment following the woman’s escape and testimony, and they captured the Harris County Constable Precinct 4 there.

His bond was set at $50,000 when he was arrested and taken to the Harris County jail on an aggravated abduction allegation. Nevertheless, according to court documents, Mills has been freed and is now under home arrest. As the investigation proceeds, more charges against Mills, according to the police, may be filed.

A district attorney’s office representative declined to comment on Wednesday but did affirm that the agency had asked for a $100,000 bond.

On Wednesday, Chris Denuna, Mills’ attorney, stated that his client has no criminal history and is not regarded as a flight risk. The claims, according to Denuna, are “egregious,” but the legal process must be followed. Denuna stated that he is awaiting the Harris County District Attorney’s Office to provide probable proof.