The 62-year-old Phillip Hughes was transferred to a detention facility and is being held on a charge of capital murder after being arrested in connection with the stabbing death of his grandson on New Year’s Day. A neighbor’s doorbell camera caught the arrest, which took place just a few blocks from the house.

Killed By Own Grandfather

The incident was reported at around 8 a.m., the department stated in a news release near the 3500 block of Labadie Drive on January 1. The 911 call was made inside the home, and local and nearby police and fire services arrived. The 8-year-old kid was discovered dead at the scene, and Phillip Hughes was later arrested.

According to Richland Hills spokeswoman Sheena McEachran, police have found the alleged murder weapon. She claimed that the 911 caller, the youngster, his grandfather, and other family members lived in the house, a source posted.

Authorities withheld any information regarding the circumstances behind the 8-year-old’s death. Hughes has been sent to their Joint Detention Center, where he is being detained on a charge of capital murder. 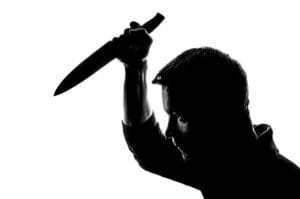 Police Investigating The Cause Of Tragedy

The police are still investigating what led to the stabbing. Like everyone else, they have many questions, according to Officer Sheena McEachran, and they hope the investigation results will help them find out why the tragedy occurred. She continued by saying that they are making every effort to examine the issue and ensure that the family receives justice.

According to the police, they don’t know anything about Hughes and haven’t previously dealt with him.

Police said they do not believe any further suspects are connected to the incident, but they are still looking for anyone with information to contact them at (817) 616-3788 or by email. Additionally, anonymous tips can be provided online or by dialing (817) 469-TIPS.