After the Department of Justice (DOJ) submitted its opening brief to the US Supreme Court on January 4, 2023, student loan borrowers still have a long road to travel before learning if they will receive federal debt cancellation.

The Department of Justice defended the legitimacy of the Biden Administration’s student loan forgiveness program, which was unveiled in August. The DOJ claimed that the scheme is unquestionably within the education secretary’s jurisdiction under a 2003 law. Additionally, it claimed that Missouri lacked standing to file a second complaint.

The brief is the most recent move in a judicial battle that began in November and has almost 40 million student loan borrowers concerned about their financial futures.

Before the Supreme Court conducts hearings and issues an opinion at the end of February, there will probably be other legal motions. Brief submission deadlines for parties in the Texas and 8th Circuit cases are January 27 and February 15, respectively, for the DOJ to respond.

The arguments against the petitioners’ lack of standing seem to be convincing. According to author and student debt expert Mark Kantrowski, the factual justifications are a little weaker. Based on the judges’ inquiries, they were be able to predict that the direction the court would take during the proceedings. A decision can be rendered as early as March or as late as June or July according to an article posted by Yahoo Finance last January 06, 2023.

The payment moratorium on federal student loans was extended by President Biden last month to June 30, 2023. Payments will start 60 days later if the lawsuit has not been settled by then. 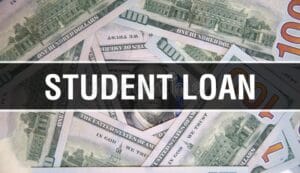 For people who have ongoing payments or whose payments will be reactivated once the pandemic has subsided, Hounanian stated that being aware of your income-based repayment plan alternatives can help ensure that payments are manageable.