Jackson Lee’s anti-white supremacy bill has drawn criticism from several conservative lawmakers who claim that it contradicts their principles of free speech. However, Jackson-Lee contended that there had been a lot of inaccurate information about her bill that could incite people to rage and that she had attempted to avoid hate crimes. She said that her legislation complies with the first amendment.

A bill that the U.S. Rep. Sheila Jackson Lee introduced earlier this month has drawn criticism from many who claim it violates the First Amendment. She claimed that the bill changes the hate crime bill and clearly addresses white supremacy. The “Leading Against White Supremacy Act of 2023.” is the title of the law.

According to the congresswoman, the department’s data as well as instances of racism led her to pass this legislation since she knew there was a problem that needed to be solved. She also denounced those who lead people astray and provide false information that makes them angry, a source posted. 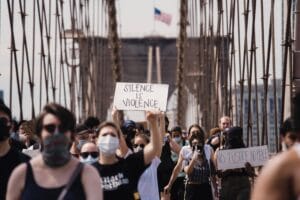 This January, a Democrat filed legislation in Congress to stop hate crimes motivated by white supremacy. She introduced a measure that would criminalize and prosecute white supremacy-inspired hate crimes and conspiracies to commit such crimes.

The measure also said that if at least one person participates in the preparation or commission of a white supremacist hate crime and another disseminates white supremacist information, a conspiracy to commit a hate crime motivated by white supremacy shall be deemed to exist. That means the measure may allow for legal action against anyone who publishes online white nationalist conspiracies.

Jackson Lee expressed her hope that other legislators could cooperate to make the bill bipartisan. Additionally, the measure suggests criminal sanctions for those who publish online information that aids in the creation of a hate crime.