Researchers at Peking University’s SinoProbe Lab at the School of Earth and Space Sciences, Yi Yang and Xiaodong Song, have made startling observations that suggest the inner core has almost stopped rotating in the past decade and maybe reversing a multidecadal oscillation, with another turning point in the early 1970s.

The Inner-Core has Stopped Spinning

Recently, the Earth’s inner core ceased spinning, and it may be rotating in the other direction. The astounding findings imply that Earth’s center pauses and reverses course in a regular cycle lasting between 60 and 70 years. This finding may answer long-standing questions about climate and geological events that occur on a similar timescale and impact life on Earth.

Yang and Song assert that the electromagnetic and gravity forces are the two main forces operating on the inner core. The inner core will accelerate or decelerate if the two forces are not evenly distributed, a source posted.

According to Yang and Song, some scientists contend that localized deformation at the inner core border, rather than inner-core rotation, causes temporal shifts. The two tried to gather more information over a prolonged time frame to test different models in their most recent study. 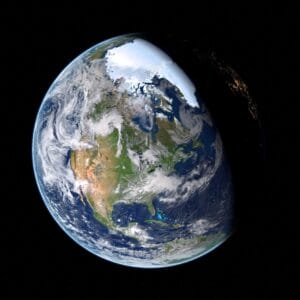 The Theory is Possible

It’s possible that the inner core of Earth temporarily ceased rotating about the mantle and surface. Although a significant change in direction may seem strange, the Earth is unstable. In 1996, the first indications of the inner core’s varying rotation were discovered.

According to the researchers, the timing differences are caused by the inner core rotating at a different rate than the mantle and crust. In a day, the planet rotates about 360 degrees. The researchers calculated that, on average, the inner core turns 1 degree per year more quickly than the rest of Earth.