As the 118th Congress gets underway in Washington, Rep. Hakeem Jeffries, 52, is anticipated to make history as the first Black politician to serve as the party leader in Congress. Once the protracted battle for House speaker is resolved, the New York Democrat will almost certainly take the reins of the minority party.

Incoming Democratic leader Jeffries was nominated; he garnered more votes than any of his Republican rivals but not enough to win. In addition to being the first Black member to hold such a post and the first person elected to lead the House Democrats born after World War II, he would succeed Nancy Pelosi, a source posted.

After several hours of voting on Tuesday night, the election for speaker was called off. Voting is anticipated to continue at noon on Wednesday. Party leaders will be formally announced when the speaker is chosen, and the next Congress’s lawmakers have taken the oath of office. At that point, Jeffries will likely be named the minority leader because Republicans will control the House majority.

During a vote held behind closed doors in November, Jeffries was chosen as the leader of the House Democrats. He faced no opposition as he ran. Given that Republicans currently possess a narrow majority in the House, Jeffries will likely lead the Democratic minority for the ensuing two years. 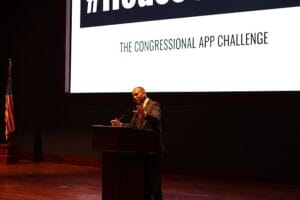 In his first significant interview since becoming the first Black leader in Congress, Jeffries was questioned about Kevin McCarthy, the Californian who is currently running for speaker of the House when Republicans assume control of the chamber next year. Jeffries’ hesitation in complimenting his opponent or even commenting was not particularly shocking.

In a separate interview on Sunday, Jeffries said that his goal was to find ways to work with Republicans whenever possible to get things done for the American people, but that he would oppose them if necessary, according to theguardian.com report.

According to Jeffries, he has not yet spoken with Republicans, who are in the process of organizing as Democrats. But he looks forward to having such discussions.