During a Monday interview, GOP Rep.-elect George Santos admitted that he had made up his biography. However, she insisted that he is not a thief or a criminal who conned the nation out of money and created this fictitious person to run for Congress. Santos fabricated the details about his educational background, employment, and religion.

The Truth About Santos’ Education, Employment and Religion

The biography of Santos appeared to be partially fictitious, as first reported by The New York Times last week. Contradictions in Santos’ employment and educational histories, as well as other public statements he has made about his biography, have drawn attention. For example, during his interview with WABC radio and the New York Post, he publicly reaffirmed all accusations for the first time.

He claimed that because he had many legitimate business dealings with other people, he was neither an enemy of the state nor a con artist. Instead, he declared that he would not offer any justifications for the widespread fabrication of information about education and employment in the nation, a source posted.

He clarified several things, including that, contrary to what he had previously claimed, he had never worked directly for the financial institutions Citigroup and Goldman Sachs but had instead claimed to have done so through his company. Despite claiming to have degrees from Baruch College and New York University, he acknowledged that he didn’t complete any college or university.

He continued by saying that although he is a Catholic and has never claimed to be Jewish, he is incredibly proud of his Jewish maternal family. 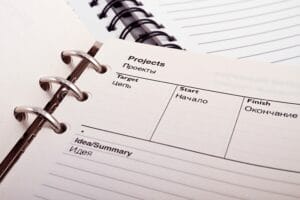 Senior House Republicans were so aware of purported embellishments, and inaccuracies in U.S. Rep.-elect George Santos’s resume became a “running joke,” according to insiders close to the House GOP leadership.

According to a senior GOP leadership aide, it eventually became a running joke. Santos is running for office again, and voters anticipate that these problems will be resolved. According to a second insider close to the GOP leadership, there were mostly things that were already known, but there were some unanswered questions, marketwatch.com reported.

Chairman of the Nassau County Republican Committee Joseph Cairo said he was losing patience with Santos.