An anonymous person  posted that a shopper’s friend utilized a self-checkout kiosk to ring up their products while shopping at a Walmart in Spring, Texas. When the shopper complained to customer care about two unnecessary charges on the receipt, it was confirmed that it was the latest fraud targeting store customers.

Some things were more expensive than they should have been when the shopper’s pals checked out, so they asked to double-check the receipt. A $20 charge that neither of them knew whence it came from was one of the items the friend observed. The $4.94 charge just said “Visa” and the item description on the receipt said “debit load.”

Both of them visited customer care to inquire about the charges, and according to Walmart staff, she was informed that a new fraud was going around. The perpetrator of the scam, who was purportedly still inside the establishment, was apprehended after being seen on security tape, a source posted. 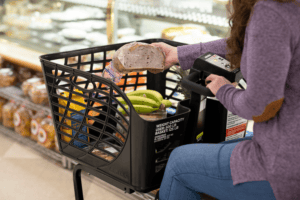 A “pause” tool is available during checkout to detect anyone who could be stealing, according to a former Walmart employee, Athenia Camacho. She disclosed how staff members secretly deceived customers into not robbing the self-checkout.

In her TikTok video, Athena claimed that personnel utilize a discrete technique to deter shoplifters. She explained that workers guarding the area are equipped with TC (touch computer) devices, similar to smartphones and frequently seen in supermarkets.

The device also enables Walmart personnel to interrupt your self-checkout at any time, preventing any theft. For example, according to the former employee, the shopper won’t be able to scan any more products because of the error message that will appear or the screen freezing completely.

Employees then offer to take them to a human checkout and apologize for the “malfunctioning” equipment to deter possible shoplifters.