Gov. Kathy Hochul unveiled her intentions to outlaw gas heating in new construction over the following years during her state of the state address on Monday. By mandating that all new construction be zero emission starting in 2025 for small buildings and 2028 for large buildings, he wants to cease the sale of new fossil-powered heating equipment by 2030.

Hochul acknowledged the stringent emission reduction requirements enacted by the state assembly in 2019 in her speech. She contends that because New York homes are among the oldest in the country, they need to be more adequately insulated. According to her, buildings account for one-third of the state’s greenhouse gas emissions, making them the most significant source.

A source posted that the governor’s ambitious new package of building decarbonization programs includes the phase-out of the sale of new fossil fuel heating equipment and new zero-emission buildings.

Hochul’s proposal will establish the Energy Affordability Guarantee, which will assure that participating New Yorkers never spend more than 6% of their wages on power. For up to 800,000 New York households with incomes under $75,000 annually that are not currently qualified for the state’s utility discount program, she proposed $200 million in relief for utility bills. 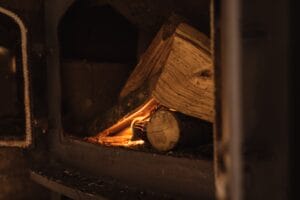 The Objection to Proposal

The governor supported a gas prohibition for new development that would have taken effect in 2027 for the first time last year. The state Senate supported the idea, but Carl Heastie, the Democratic speaker of the state Assembly, consistently opposed it.

Heastie’s supporters initially stated that the speaker’s objection stemmed from the fact that the gas ban was being proposed through legislation rather than the state’s annual budget. Later in the year, a different bill that environmentalists strongly supported died without being debated in either legislative body.

Green organizations have claimed that Heastie is influenced by the fossil fuel business and building developers, although Heastie’s representatives have dismissed these claims as absurd conspiracy theories.