When Matt Logelin learned that his beloved wife, Liz, had passed away just hours after giving birth to their daughter, he was unsure what to do. But he was drawn to her pregnancy blog by something inside. And as a result, Matt embarked on an incredible journey through grief to discover life after loss.

Liz Goodman and Matt Logelin were high school seniors when they first met at a gas station. Liz had difficulty pronouncing Matt’s last name, and they clicked immediately. The high school sweethearts were separated by distance when Liz left for college in California, and Matt stayed in Minnesota to continue his studies, but both remained devoted.

To permanently end the couple’s long-distance romance, Matt moved to California in 2005. The pair was experiencing success in their occupations, and life kept improving, a source wrote.

Together, they bought a home, and shortly after, they began talking about starting a family. In 2017, the couple was expecting a baby girl. Since they don’t live close to their Minnesotan family, Liz decided to write about her pregnancy. The happy pair shared adorable pictures and updates on their blog to keep everyone informed. 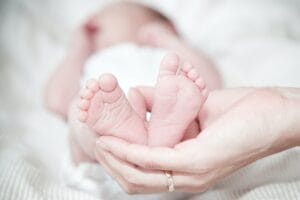 Matt describes on their blog that Liz had low amniotic fluid, and her cord was wrapped around their baby’s neck. The baby’s heart rate fell several times, and she nearly gave birth. Despite difficulties, Liz gave birth to a stunning baby girl named Madeline.

The following morning, nurses were going to deliver Liz to their daughter when she unexpectedly fell. It was sad that she didn’t get to hold Madeline; Liz passed away 27 hours after giving birth to their daughter.

Matt visited Liz’s pregnancy blog to divert himself from his grief; he was unaware he was typing. But soon, Matt had built a network of supporters with over 40,000 readers a month who all gave the new father advice on parenting, encouragement, and supportive comments.

He never dreamed that people would give him advice or help him through this process, he says on the Rachael Ray Show, adding that it helps him every day. Their family’s story has drawn attention from around the world, and in 2021, Kevin Hart and Matt’s stories were the basis for the Netflix film “Fatherhood.”