Due to Farah Griffin’s allegations, Jared Kushner is in the spotlight. Joe Biden and his transition team were purposefully left out of crucial COVID-19 information following the 2020 election. The assertion was made in an interview with the House Select Committee looking into the Capitol Riot by Alyssa Farah Griffin.

Alyssa Farah Griffin, a current co-host of The View and a former director of strategic communications for the White House, revealed some facts about Trump’s son-in-law that will subject him to scrutiny.

Dr. Deborah Birx, the COVID Task Force coordinator at the time, asked Kushner if the group could “loop in” Joe Biden to discuss specific data and vaccination plans, according to Farah Griffin’s testimony to the panel. She claims that Kushner replied, ‘absolutely not,’ a source posted.

More than two years after Joe Biden publicly expressed his annoyance about Donald Trump’s administration obstructing him regarding critical pandemic information, her testimony definitively places the blame on Kushner. It took Joe Biden until after his inauguration to obtain access to all of the information he required about the “vaccine stockpile.”

Only medical professionals and others with impaired immune systems had access to the vaccine deployment because it happened while the public health crisis was at its worst. Kushner was more interested in politics than the welfare of Americans. 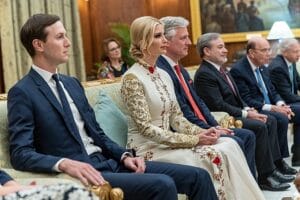