During the Daily Journal annual meeting, where he is a director, billionaire Charlie Munger makes a powerful statement. He asserts that envy is a motivating element for too many people today and that everyone should be happier, especially in comparison to earlier, more difficult times in history.

Charlie Munger, a longtime investing partner and close friend of fellow billionaire Warren Buffett, said he is perplexed as to why people today aren’t happier with what they have, especially when compared to historically tricky periods.

In his speech at the annual meeting, he said that life in the past was rather harsh and constrained and that individuals did not have the same opportunities that people do now. However, Munger’s perception of pervasive envy in today’s society may be accurate, as evidenced by recent research showing that, on average, 75% of people experience jealousy toward another person each year and the use of social networking apps to incite envy, a source posted.

He also expressed his strong view, stating that he couldn’t change the fact that many people are depressed and feel extremely mistreated even when everything has improved by roughly 600% because someone else still has more. 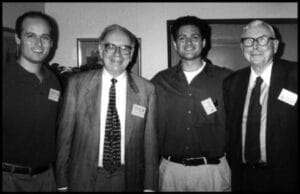 Hearing Charlie Munger speaks at the Daily Journal Annual Meeting is always a delight. At the deceptively young age of 98, Charlie Munger’s humor and intelligence were on full show.

Munger claims that the meeting’s primary agenda item is the election of four directors. Munger stated in his interview that he intends to run the Daily Journal for as long as he is able. He also revealed why Peter and Gerry Kaufman resigned from the board.

He claimed that they must immediately begin a succession planning process to replace him and Gerry in the long run. Throughout the interview, further queries were raised, and details are posted by the source.