A 70-year-old woman was fatally stabbed on Christmas Day by an unidentified suspect. Detectives are trying to pin down a motive, any leads, and a suspect. To search for the suspect, El Paso police blocked off Truman avenue and Lackland street.

The incident occurred shortly after 5 p.m. on Sunday, and detectives are confident that the public is not in danger despite the brutal killing of an elderly woman along the 3700 block of Truman. Additionally, the police are requesting the public’s assistance in reporting any information they may have about the suspect to the non-emergency hotline of the El Paso police department.

The woman who was stabbed was taken to the hospital, where she passed away, although the police did not confirm whether the crime took place inside or outside the woman’s home, a source posted. 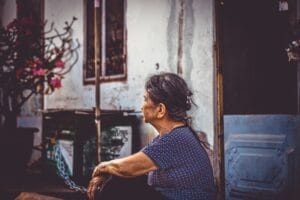 More elderly women have been killed in Texas before; in fact, other horrifying killings have been reported. Billy Chemirmir, 49, was convicted of murder in October for one of the 22 elderly women he was accused of killing in the Dallas area over two years. That was his second murder conviction, and he was automatically given a second conviction without parole for the smothering death of 87-year-old Mary Brooks.

Chemirmir was found guilty in April of murdering 81-year-old Lu Thi Harris, and the jury took less than 30 minutes to find him guilty. Chemirmir was already given a life sentence without the possibility of parole for that crime.

According to the authorities, he targeted elderly women, killed them, and took their valuables. Every time, even as relatives raised concerns about missing jewelry, their deaths were initially ruled to be the result of natural causes, according to ustoday.com report.