Left Unattended in a Hotel Room

On Dec. 23, the day Dax Tejera  passed away from a deadly heart attack, Veronica Tejera, 33, was taken into custody and charged with two counts of “acting in a manner injurious to a child.”

The couple went out for a steak dinner and left their children unattended, and when Dax passed out, she asked her parents and a close friend to head straight for her kids’ hotel room and take care of them while she kept a camera on them. However, the hotel wouldn’t let them in, so they called the NYPD.

A spokeswoman for the NYPD stated that around 11 p.m., cops answered a 911 call and received a report of abandoned youngsters that evening at The Yale Club, a members-only hotel. According to the police, a preliminary investigation showed that a 2-year-old girl and a 5-month-old girl were left inside a hotel room alone for a significant amount of time, a source posted.

According to Veronica, two cameras were pointed at her children while they slept, and they were being watched while they were apart. 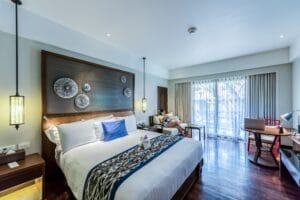 Heart Attack is Not Due to Vaccine