In the upcoming weeks, Virginians, specifically Alexandria residents who registered to take part in a guaranteed income pilot program will begin receiving their monthly payments. The Universal Income Pilot program offers $500 per month for 2 years to low income families in order to improve their economic stability.

According to an article published by The Council Connection last January 01, 2023, Mayor Justin Wilson of Alexandria stated that there were 4,149 applicants. Unfortunately, they will only choose 170 eligible applicants which will get notified in December.

Additionally, applications must have been submitted by the deadline of November 9 and residents must be at least 18 years old. 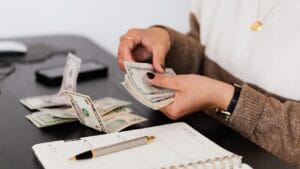 The initial distribution of monthly checks was originally planned to begin in the final week of January. However, based on a article written by The Patch and released on January 4, 2023, they will be distributed in February.