Many individuals are intrigued by a woman’s interesting Reddit post, which has since become a popular discussion topic. She implied that a cheating partner deserves more than just a slap because they have ruined the lives of numerous people. A person who has been caught cheating should face legal consequences for his actions.

Even though a few agreed with her, the woman’s suggestion that cheating spouses should be held legally responsible sparked a contentious discussion. Others compared her proposal to laws that are already in place in more oppressive regions of the world, frequently in areas where women are punished for it, whether or not they are the ones who cheat.

The woman went on to clarify that she meant that infidelity clauses in prenuptial agreements or divorce settlements should be replaced with harsh fines instead of jail time as the punishment for cheating. The woman stated that punishment should only be meted out if there is undeniable evidence to support it, a source posted.

But there are far more murky areas when it comes to cheating than just those, as others have noted. For example, one person remarked that there are various definitions of cheating.

The best punishment for cheating has been a long-running and contentious discussion on Reddit. 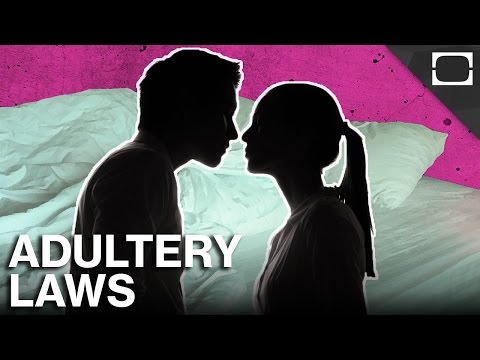 According to one of the users, breaking up is the best punishment if someone is caught in infidelity. Another user agreed with this statement and shared personal experience, noting that cheaters frequently have many unhealthy relationships in the future before their karma takes care of them.

The law defines adultery as consensual sexual activity between a married man and a woman who is not his wife or between a married woman and someone who is not her spouse, and the laws in the USA differ from state to state. Adultery is still a crime, even though it is rarely prosecuted. The punishment can range from a small fine to a life sentence. But it is a crime that will result in a court-martial in the US military.