South-central Pennsylvania is expected to have a wave of winter weather.

The storm system will start on Thursday early in the morning and terminate on Friday around noon.

Chief Meteorologist Joe Calhoun indicated that Thursday would be the problematic and impactful day.

The Susquehanna Valley’s northwest regions may have snowfall, while other areas may experience slush. The worst traffic is anticipated to occur on Thursday.

The WGAL News 8 Storm Team has declared Thursday to be an Impact Day because of the threat. A day with weather that is likely to interfere with your regular daily plan or routine is referred to as an impact day. 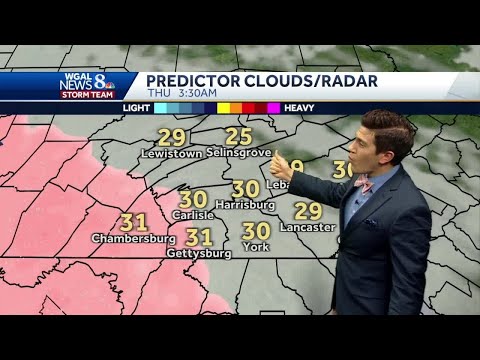 In the northwest portion of the Susquehanna Valley, there will be a greater likelihood of snow/mix. the regions above and next to I-81 and the Pennsylvania Turnpike. There might be several inches of snow or sleet.

The likelihood of seeing a slushy mess increases with distance from the southeast.

On Thursday evening, Lancaster might have one to two inches of snow or sleet before it turns into chilly rain.

Joe stated that Mifflin and Juniata counties, among others, might receive several inches of snowfall.

Philadelphia and other southern locations shouldn’t anticipate a significant snowfall, but flooding may be an issue where leaves and other debris are blocking gutters. Additionally, travelers could have slippery patches, particularly during the Thursday morning commute.

Travel may be difficult on Thursday morning due to bouts of snow and ice, especially to the north and west of Philadelphia. During the afternoon commute, that should transition to simply rain in the northern and western suburbs.

Through the early evening, ice conditions may persist in Berks County and the Lehigh Valley.

Most of the region experiences wind-driven rain later in the day and into Thursday night. Thus, the evening commute could be challenging.