A truck driver named Sender Juventino Linares Rivera, 35,  sexually assaulted a 13-year-old girl in Virginia. The suspect brought the teen to a park, and she managed to flee while she left her bike inside the truck. She took   a photo of the truck, which assisted the police in apprehending the suspect,

On Thursday morning in Manassas, Virginia, the teenager was biking near Hoadly Road and the Prince William Parkway; she decided to take a break because she was tired and it was raining.   After Rivera offered her a ride, she reported to the police that he had abducted and assaulted her sexually. The suspect allegedly pulled into a nearby parking lot after a brief drive.

The victim’s bike was still inside the pickup truck when the girl was able to escape, but she managed to take a picture of the vehicle with her cellphone before the perpetrator drove away, according to MSN report. 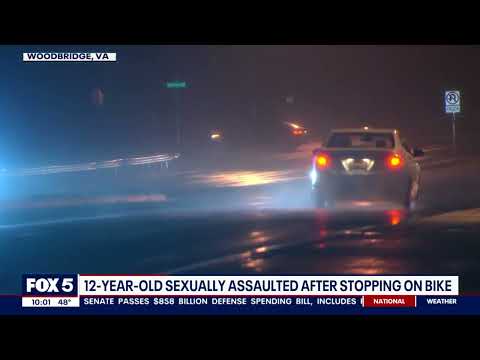 The teen said her assailant was an unidentified Hispanic male with black hair sporting a white t-shirt. The truck’s two-tone maroon/tan paint, a silver plow on the front, and a sizable salter in the bed are all visible in the photo of the vehicle, which helped police find Mr. Rivera. The suspect was only using the car as a means of transportation, as the police soon learned.

The image she captured assisted law enforcement in finding rivers and apprehending him the following day.  No date has been set for Rivera’s court appearance, and he is being held without bond.

Mother and Child Abduction in Virginia

A mother and her child were kidnapped in Virginia last month, and the suspect was found and apprehended at a Walmart in Pennsylvania. Virginia detectives got a tip that the victims were inside the store, so they called Wilkes-Barre Township police to report that a mother and her child had been abducted, a source posted.

Undercover detectives located the male suspect after the police arrived at the store right away. When the suspect turned away from the victims, the police intervened and quickly took him into custody. Both the kidnapped mother and the child are safe.