Mitchell, South Dakota: The police arrest a man, 28, and his 33-year-old girlfriend after they found the body of a girl, 8, inside a U-Haul trailer.

One report was made by the Mitchell Police Department last December 14, as stated by the Davison County Coroner, who was informed by Aleksander Kurmoyarov and Mandie Miller, who revealed a macabre detail, reported True Crime Daily.

They said that they had motored from Airway Heights, Washington, with the body of Ms. Miller’s adopted daughter with them. After getting a call which was reported to the police about what the couple disclosed.

Authorities went to the residence of the South Dakota couple and followed up on the coroner’s report, and they say the U-Haul tow was mentioned. A coffin with the girl was found.

Mitchell Police learned from the man that the girl died in Airway Heights a bit before Halloween 2022. But the girlfriend, Miller, said the 8-year-old passed away on Sept.10, 2022. 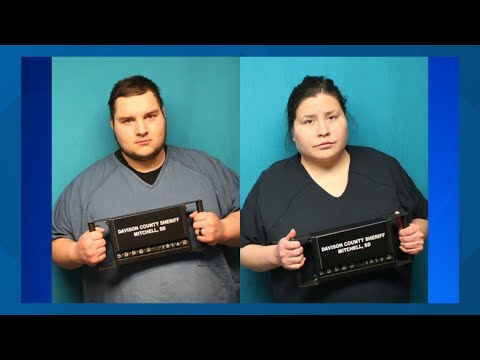 Kurmoyarov later confessed that he and his partner did not get medical help for the child when he passed away.

Explained that they chose to hang on to the corpse to spend more time with it. He added with the child dying. They would get in bad with the cops, noted Yahoo Finance.

But neither he nor Miller had bothered to reach officials in Washington about the young girl’s death. Details show that the pair were in South Dakota for four days before they got arrested.

One of the reasons for the arrest, said the Mitchell Police is the pair should have reported the body in their possession. They were obligated to report the death, not hide it

Even if they did not have anything to do with the death, they were obligated to report it. Last December 15, the police said they would be arrested for homicide by abuse.