Michigan Man, 36, with sawed teeth, was charged by Genesee County police after he allegedly kidnaped, then assaulted, trafficked for sex, would rip her throat out too.

County Sheriff Christopher Swanson last Thanksgiving week said Michael Barajas spied a 20-year-old woman on the street. He added that she was homeless and unbathed; when he asked her to come with him for a shower, food, and shelter, reported True Crime Daily,

He took the woman home and tied her to the bed, locked her in. Barajas and others kept her locked at all times, even screwed windows to prevent escape. She was attacked sexually and trafficked by other men.

Swanson informed the woman failed to escape three times. The first time when she dashed outside through an open door, someone shot as a warning. On the second, when she got dragged back to the house. 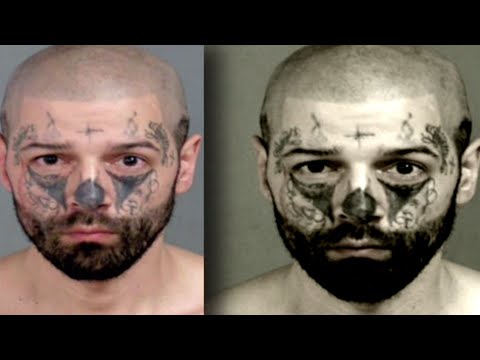 She had an accident, needed medical help, and was brought to a hospital.

One of the nurses thought she was a trafficking victim, and she informed the Sheriff’s Office’s G.H.O.S.T. program. They later took Barajas on December 8 after they caught him and arrested him.

Swanson said the probe is still active, with other suspects on the loose who needs to be brought in.

The kidnapped woman with the abuse and threats from the suspect is now pregnant as well.

She was forced to stay with threats from Barajas; who said if she did not follow, he’ll gnaw her neck and then tear her throat.

It was no idle threat as his teeth were filed down fangs, and the sheriff showed the sharp teeth seen in pictures.

It got weird when the suspect was supposed to force his captive to compose the letter and call her jailor her ‘daddy.’ The sheriff said that he sold her to men. It was wrong.

The Michigan man with sawed teeth sold her for sex and even kidnapping for forced labor.