Two felony counts of making threats against a U.S. official have been filed against Douglas Keith Casey, who has made repeated unsuccessful campaigns against Congressman Randy Weber over the past decade.

Charged with 2 Counts of Felony

According to Houston Public Media, Casey is accused of sharing with other people on two separate occasions this year that he wished to murder Weber.

The first of these instances occurred in late March, shortly after Casey was defeated by Weber in the Republican primary election. The second of these incidents occurred two days after the election.

Casey, who was detained on Dec. 6, does not appear to have an attorney listed in the court records. 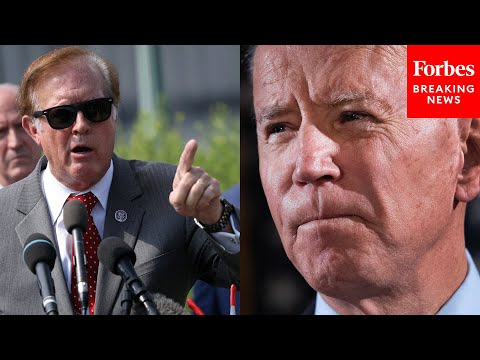 Meanwhile, Casey has faced up against Weber on many occasions since 2012, which was the year that Weber was first elected to Congress. However, in all of their head-to-head races, Casey has never gotten more than 16 percent of the vote.

In their most recent campaign, which took place in the Republican primary on March 1, Weber won with 89.3 percent of the more than 65,000 votes cast, while Casey came in third place with 7.9 percent of the vote in a race with three candidates, as the report revealed.

A Beaumont radio station employee told Weber’s office that Casey had called and claimed he was waiting for the station to report on a “plan” involving Weber and Texas Gov. Greg Abbott later that month.

Casey allegedly informed the radio station employee that Abbott and Weber were organized criminals who stole his election.

The ABC13 also reported that there was a complaint on Aug. 10, where Casey traveled to the Jefferson County Courthouse and spoke with Mental Health Deputy Steve Hinton and claimed to be a “prophet” and “servant of the most-high God” seeking an audience with Judge Jeff Branick.

According to Hinton, Casey claimed he heard voices and that the government was technologically harassing him, including wiretapping, and that he wanted to meet with Branick to relay a message he downloaded to his own brain.

Given his shown homicidal tendencies and delusional thinking, Hinton concluded that Casey posed a risk to others and should be held.

Casey was admitted to a hospital in August for inpatient treatment after it was discovered he had access to firearms due to the many photos he had taken while holding weapons for his campaign brochures.

The federal courthouse in Beaumont is conducting an arraignment and detention hearing at 2 p.m. on Wednesday.