The owner of an Indian-American laboratory in Atlanta, Minal Patel, 44, is charged with several counts of defrauding Medicare. Patel conspired with patient brokers, telemedicine firms, and call centers to target Medicare beneficiaries as part of a scam involving genetic testing with a reported value of USD 447.54 million.

According to the Department of Justice report, Patel paid bribes and kickbacks to patient brokers to get doctors’ orders authorizing the tests from telemedicine companies after Medicare beneficiaries agreed to take the tests. Patel made the patient brokers sign agreements that falsely claimed they were providing legitimate advertising services for LabSolutions in order to conceal the kickbacks, according to a source.

One of the victims reported that a statement from her insurer in 2019 showed charges for $10,700 worth of genetic tests. The fact that Brown’s psychiatrist required her DNA was never disclosed to her, and no one from his office offered advice. She had been a victim of LabSolutions fraud; it was later discovered. 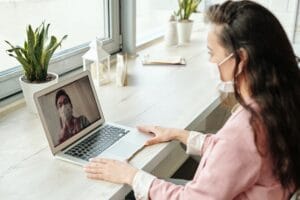 A federal district court judge will decide any sentence after taking the U.S. into account. Guidelines for sentencing and other legal considerations.