On Tuesday, attorneys for Patrick Xavier Clark, 33, who is accused of killing Migos rapper, Takeoff, submitted a motion asking for his bond amount to be lowered.

Asking to Reduce Bond to $100K

A judge decided that Clark’s bond should be set at $2,000,000, but his legal team is challenging the decision, arguing that the amount is excessively high. In the motion, it is requested that the bail be lowered to the amount of $100,000, Click2Houston reported. 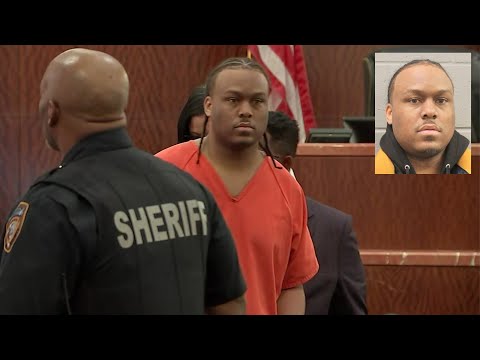 The motion, which was submitted by “attorneys on record” Letitia D. Quinones and Carl A. Moore, outlines a variety of concerns that they hope will be taken into account.

The report also revealed that the motion highlights, according to data, it indicated that it would take four years of salary for the average person to be able to raise the 10% cash deposit that is required to post bond as it is currently set.

In addition, the motion claimed that because of this reason, the applicant asks that bail be set at the reasonable amount of $100,000, which is equivalent to other defendants similarly situated in Harris County in terms of both their offense and their location.

The arrest of Patrick Clark on a charge of murder was announced by the Chief of Police in Houston, Troy Finner, during a press conference. According to the chief of police, Cameron Joshua, the second suspect, was taken into custody on Nov. 22 and charged with illegally carrying a weapon.

According to NBC News, the news of the arrests came exactly one month after the death of Kirshnik Khari Ball, also known as Takeoff in his professional life, which occurred on Nov. 1 outside of a bowling alley in the downtown area of Houston.

Takeoff and Quavo, another member of Migos who is 31 years old, were reportedly at a private party at 810 Billiards & Bowling. After the celebration was over, there was an exchange of gunfire near the entrance, according to the police.

According to the findings from the Harris County Medical Examiner, Takeoff died as a result of gunshot wounds that penetrated his head and body and entered his arm.

During a news conference, Burrow stated that the shooting was precipitated by a dispute that occurred outside of the bowling alley during a game of dice.