On the morning of Tuesday, Nov. 29, Khorry Ramey entered the Missouri state jail in Bonne Terre to pay her father, Kevin Johnson, one final visit.

She was allowed to bring her 2-month-old kid, Kaius, but the prison authorities forbade them from hugging each other. Father and daughter were in tears, as reported by NBC News.

Johnson, 37, was executed by lethal injection a few hours later for the 2005 murder of a suburban St. Louis police officer. Johnson, who was 19 at the time of his arrest, said during his trial testimony that he was angered by the officer’s actions and thought they contributed to the passing of his younger brother. 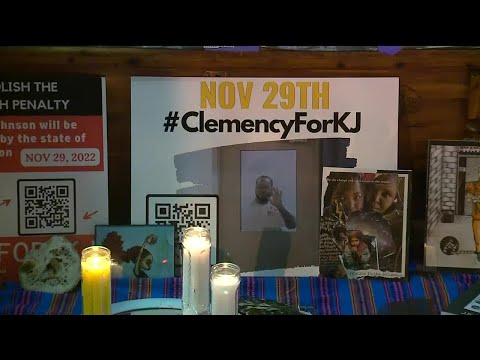 When Johnson wanted to place Ramey on a list of witnesses to his execution, her age came into question. Unlike most other states, which have no minimum age requirement of one of 18, Missouri law stipulates that witnesses must be at least 21.

The state’s planned lethal injection execution of Johnson, 37, is now possible according to the Missouri Supreme Court’s decision, which was announced on November 28. It followed Republican governor Mike Parson’s declaration that he would not pardon him “for his heinous and cruel crime.”

The majority concluded that Keenan’s arguments “are mainly just re-packaged versions of claims Johnson had raised (and seen rejected) many times before,” and the vote was 5-2, NBC said in another report.

The majority said that nothing in the Special Prosecutor’s motion materially changes these claims or offers any greater likelihood of success than those claims have had in the past.

The decision is a further setback for Johnson after a federal judge on Friday barred his 19-year-old daughter from attending his execution because Missouri law mandates that witnesses be at least 21 years old.

According to Yahoo News, Ramey declared that the legal system had failed her.