Philip Nordo, 56, a former Philadelphia homicide detective, was sentenced to up to 49 years in prison on Friday. He was convicted of rape, sexual assault, theft by deception, stalking, official oppression, and other related crimes after being found guilty in June.

A former Philadelphia homicide detective found guilty of sexual assault earlier this year will serve decades in prison. On Friday, Nordo was given a prison term ranging from 24.5 to 49 years. According to District Attorney Larry Krasner, the Philadelphia District Attorney’s Office had evidence of Nordo’s sexual misconduct in 2005 but chose not to prosecute him.

Before being let go in 2017, Nordo had served the Philadelphia Police Department for 20 years. A grand jury report from 2019 charged the former detective with abusing his authority by intimidating, raping, and assaulting male witnesses and suspects connected to his cases, according to an MSN report.

The D.A.’s Office of Conviction Integrity has determined that 108 cases must be reviewed since Nordo was found guilty. Twenty of those cases are still being investigated, two other defendants received reduced sentences, and five of those cases led to dismissals. 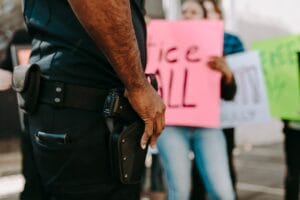 In a case that has prompted prosecutors to review numerous homicide convictions, Nordo was found guilty in June of sexually assaulting or exploiting three male witnesses. According to a 2019 grand jury report, he was accused of using his authority to coerce and groom male witnesses and suspects into engaging in sexual acts. Krasner remarked that this was a serious abuse of power, according to a source.

Some homicide convictions have already been overturned as a result of the investigation, including one involving a special needs athlete who was killed while wearing headphones. As the verdict was read, Nordo sat emotionless and stoic, and his lawyer claimed he was innocent.