Donald Trump and controversies always go hand in hand! The GOP’s midterm election failure is reportedly pointing towards the political downfall of Trump along with the entire party.

Is Donald Trump the Reason Behind GOP’s Election Failures? 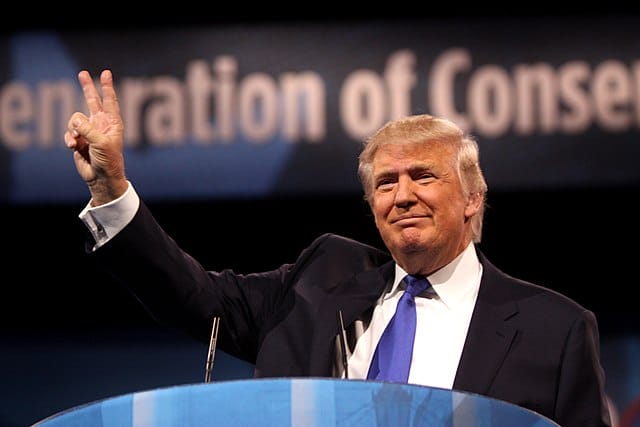 The Democratic Party has clearly won the midterm elections in Georgia, thereby marking the loss of the GOP. Although Trump’s name was never on the ballot and nor did he contest in the mid-term elections but is still being blamed for the party’s loss.

His never-ending relationship with controversies and political frauds is apparently causing the downfall of the entire Republican party.

Recently, Trump has been found guilty of tax fraud and his list of legal setbacks still continues. This in turn has brought about a bad name to the entire GOP.

Sources claim that the ongoing charges against Trump have made people lose their faith in the Republican Party, thereby paving a way for Democrats to remain in power for a longer time.

Due to his political toxicity, he might have lost the 2020 Presidential re-election campaign, claim many political experts.

It is worth noting that the former US President lost a large margin of the popular vote in 2016 due to his trend of promoting conspiracy theories. He even gave many misleading statements during his Presidential Campaign in 2016.

It is evident that Donald Trump managed to grab the Presidential position in 2016 since he won Electoral Collage by a minor margin.

Chances of Winning the 2024 Presidential Elections

Trump is trying his best to delay the proceedings of all the criminal charges against him, at least until the Presidential Elections, in 2024.

Also, it is almost clear from the GOP’s recent activities that Trump is here to win the GOP nominations for Presidential candidature. But, it is too soon to say if Trump will manage to win the Presidential elections after all the backlashes he has been receiving lately.

Moreover, the opposition party is leaving no stone unturned to expose Trump and his political toxicity.