During the US-Africa Business Forum on Wednesday in Washington, Biden warns African leaders that another global pandemic “surely will be.” He said that despite efforts to improve the health system, a pandemic is still possible, so it is imperative to be ready to face another pandemic.

Despite the unusual gathering as the US seeks to counter growing Chinese influence in Africa, Biden avoided mentioning “China” to his guests. Last year, US intelligence agencies speculated that the virus might have come from the Wuhan Institute of Virology, which used US grant money to carry out risky coronavirus research.

He claimed that the pandemic was over during his interview on “60 Minutes” in September,  citing it to support a contentious write-off of federally backed student loans, according to a source.

Even though many of the African leaders were well-known embezzlers in chief or perpetrators of heinous human rights violations, they assembled in Washington. Only five African nations—Burkina Faso, Guinea, Mali, Sudan, and Eritrea—were left out. 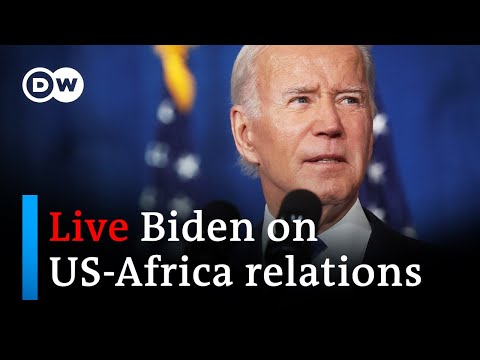 Billions of Dollars in US Donation for African Health System

President Joe Biden declared that the United States is fully committed to Africa’s future, and his administration plans to invest $55 billion in Africa over the next three years. About $20 billion will be allocated over three years by the US for health programs in Africa.

In addition to announcing new trade opportunities and infrastructure commitments, including ones for clean energy and the digital economy, the current administration is working for the progress of Africa.

Some people are criticizing the American president for not engaging the visiting African leaders directly. According to administration officials, Vice President Kamala Harris,  President Joe Biden, and a few Cabinet secretaries will soon travel to Africa for in-depth discussions.