More than 40 years have passed, and the murder mystery of a nurse in Florida has still not been solved. After some time had passed, the authorities began to have suspicions that a neighbor from Florida had been responsible for the murder of Evelyn Fisher-Bamforth, a registered psychiatric nurse.

At that time, the officials claimed they did not possess any evidence to link the suspect to the crime.

Arrested for Murder, Rape Case in 1980

A nurse in Florida was brutally raped and murdered inside her home in 1980. According to the Florida police, they have solved the 43-year-old slaughter of the nurse and pinned the gruesome crime on a convicted criminal who is also a serial killer.

As the New York Post reported, police said that developments in DNA technology led them to Ronald Eugene Richards, who was indicted in the cold case homicide of Evelyn Fisher-Bamforth, who was 32 years old.

The indictment was handed down just last week. 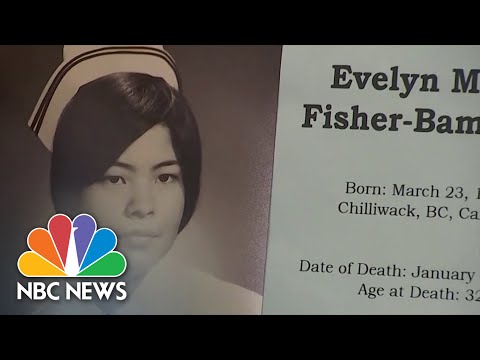 Miramar police Det. John Zeller did not provide any information on the DNA trail that led to the solution of the case, but he did say that their investigation into Richards is ongoing.

According to the police, the psychiatric nurse was asleep in her trailer when the suspect broke in, raped, and then bludgeoned her to death.

At the time of the murder, Richards was said to have resided 12 houses away from Fisher-Bamforth.

Mourning of Slain Wife for 43 Years

Before she passed away, it appeared as though they had no previous connection. John Bamforth, Evelyn’s husband, has been in sorrow for his murdered wife for close to 43 years. Thus, the suspect’s apprehension is a happy turn of events for him.

Bamforth revealed that when he got home from work on the evening of the murder of his wife, he saw that police tape had been placed on his front door, according to MSN.

For John Bamforth, he was never able to get over the loss of his wife, Evelyn, and he believes that getting justice for his wife is the most important thing.