Millions of Americans will receive three monthly direct payments that will range from $300 to $500 beginning January 2023.

Millions of Americans are about to receive their monthly payments beginning this January 2023. It will be the first round of monthly direct payments worth up to $500. In an article published in The U.S. Sun, here are the beneficiaries of the direct payments:

The city began the second phase of its UBI program last week in which it would provide up to 700 more households with monthly payments of up to $400. 2,000 households in Massachusetts received monthly payments from November 2020 to August 2021 during the first phase of Chelsea Eats.

However, the second installment of the scheme will only provide people with cash for three months. To qualify, you must be a Chelsea resident earning less than 30% of the Area Median Income, which is the same as in the last round.

In Coachella, California, another set of monthly payments will begin. They are worth $400 per month and will be distributed to 140 households over the course of two years. Participants can opt to have the monies transferred into their bank account on a monthly basis or placed onto a prepaid card that they will receive in the mail.

Those who have been approved for the monthly payments will be contacted on December 27. The city stated that qualified participants may expect the first installment of their monthly payments in January.

The ARISE initiative in Alexandria, Virginia, which began in October, will provide 170 people with $500 monthly payments for two years. The income of Alexandria residents will determine eligibility. For example, it must be equal to or less than 50% of the Area Median Income. The threshold for a single-person household is $49,850.

Applicants must also be at least 18 years old. According to program authorities, those chosen will be contacted in December through phone, email, and text, presuming their contact information was supplied on the application. The first round of monthly checks is scheduled to begin in the last week of January.

READ ALSO: $2,000 Stimulus Checks: Will There Be Payments in Pennsylvania? 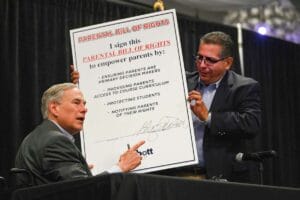 Texas Parents Can Use State Funds Up to $10,000 to Send their Children to Private School, Gov. Greg Abbott Says